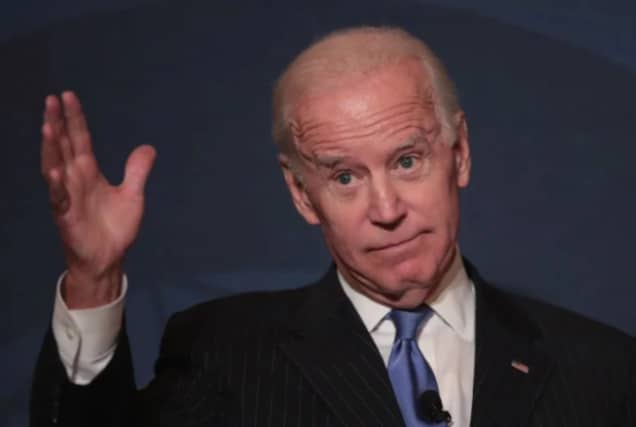 (breitbart) – A new poll by Rasmussen suggests that only 39% of likely voters believe the Charlottesville “very fine people” hoax embraced by Joe Biden — the false claim that President Donald Trump praised neo-Nazis (whom he actually condemned).

Breitbart News has explained — and debunked — the hoax frequently:

Moreover, the neo-Nazis were not the only violent group in Charlottesville. The “clash” was not with those “standing against” hate peacefully, but with violent, black-clad Antifa extremists.

As to “very fine people,” Trump had been referring to peaceful protests both for and against the removal of a statue of Confederate General Robert E. Lee.

He completely condemned the extremists — as the timeline and transcript confirm:

Biden launched his campaign with the Charlottesville hoax, and persisted in doing so, even after Breitbart News confronted him last August with the fact that he was misquoting the president.

The BBC also fact-checked Biden’s claim as false when he repeated them in his acceptance speech at the Democratic National Convention (DNC) last week.

Rasmussen surveyed 1,000 likely voters about the issue and reported Friday:

Most voters don’t remember President Trump’s remarks about the 2017 racial melee in Charlottesville, Va. the way Joe Biden does. But the false narrative embraced by the president’s opponents has become fact for a sizable number.

A new Rasmussen Reports national telephone and online survey finds that 52% of Likely U.S. Voters correctly believe that the president was critical of radical protesters on both sides of the incident but added that there were also “very fine people” on both sides who were present that day. Thirty-nine percent (39%) say instead that Trump just praised white supremacists in the incident as “very fine people.”

The margin of error in the poll was 3% with 95% confidence.