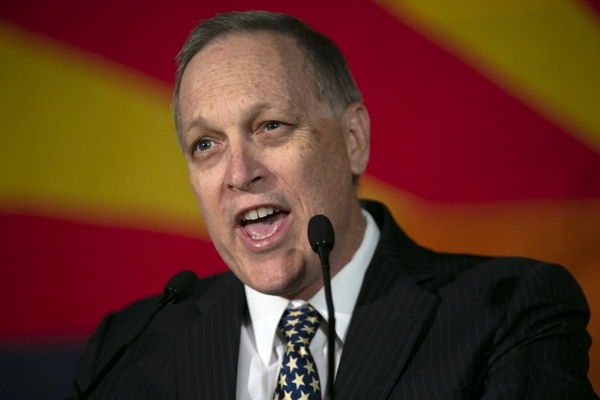 (breitbart) – Chairman of the House Freedom Caucus Andy Biggs (R-AZ) and 20 Republican representatives on Tuesday demanded a congressional hearing over the reported mistreatment of January 6 political prisoners being held by the D.C. Department of Corrections, Breitbart News has exclusively learned.

The defendants are being held in solitary confinement for extended periods of time and there are numerous credible reports that they are being denied access to legal counsel and face retaliation for meeting with legal counsel.

They are being denied medical care, including one defendant who was denied treatment for non-Hodgkin’s. This is a disgusting abuse of power and a clear violation of their civil rights.

The letter also says the treatment of the political prisoners has “been so egregious” that Sen. Elizabeth Warren (D-MA), the ACLU, and U.S. District Judge Royce C. Lamberth have spoken against it.

“The allegations of mistreatment are extremely troubling and deserve Congress’ attention,” the letter concluded. “Your committees must immediately hold hearings to investigate the allegations.”

The letter was cosigned by 20 Republican members, some of whom aired their concerns the justice system is abusing its authority.

“Regardless of the charges an incarcerated person faces, correctional authorities should respect and uphold their civil rights and protect their health and safety. In this country, they have the presumption of innocence,” he said. Rep. Marjorie Taylor Greene (R-GA) pointed out to Breitbart News that the prisoners have not yet faced trial, while Black Lives Matter and “Antifa domestic terrorists” were allowed far better treatment.

“The atrocious and inhumane conditions for PRE-TRIAL detainees at the DC Gulag are a clear example of the two-tiered justice system in America,” the firebrand said. “BLM / Antifa domestic terrorists are allowed to walk free after burning down our cities with violent riots, but suspected J6 defendants are subjected to worse treatment than convicted terrorists in Gitmo.”