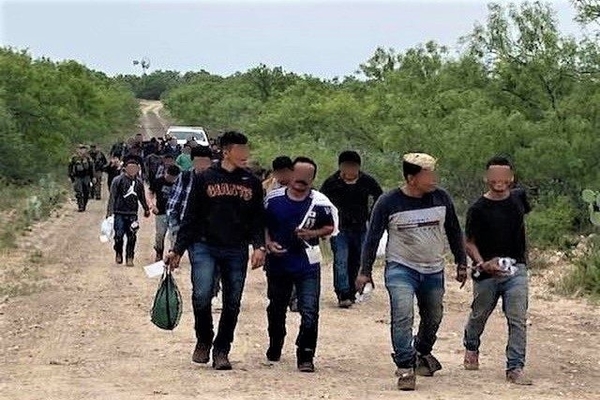 (breitbart) – Border Patrol agents apprehended more than 1.9 million migrants who illegally crossed the southwest border with Mexico between ports of entry during 2021. Another estimated half-million migrants managed to avoid apprehension and sneak into the U.S.

Unofficial numbers indicate that Border Patrol agents assigned to the nine southwest border sectors apprehended approximately 1,929,000 migrants who illegally crossed between ports of entry in 2021. Official U.S. Customs and Border Protection (CBP) reports revealed that agents apprehended 1,773,674 migrants through the first 11 months of the year. A source operating under the umbrella of CBP told Breitbart Texas that, with three days to go, agents apprehended approximately 156,000 migrants in December to date.

In addition to the apprehension of migrants, officials disclosed to Breitbart that a minimum 428,000 migrants are reported as “got aways.” The known got-away count is updated daily by the Border Patrol, according to the source. The data is entered into a system of record easily accessible to agency leaders. The metric is usually not released by DHS. The estimate is achieved by counting migrants who ultimately escape apprehension after being observed by aircraft and camera systems. Agents also use traditional sign-cutting techniques to identify footprints.

Agents previously told Breitbart the numbers of got aways are likely much higher this year because of the constant flow of migrants being apprehended along the southern border impedes the agency’s ability to adequately patrol miles of the border. The absence of routine patrols is driving the got-away numbers up as there are no available Border Patrol agents to respond to electronic sensors, camera activations, and unmanned aerial surveillance sightings.

Combining the actual apprehension totals and the got aways, nearly 2.4 million migrants illegally crossed the border between ports of entry this year.