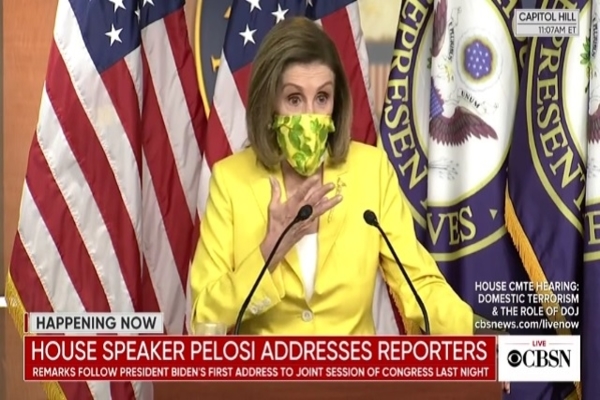 (breitbart) – A few House Democrats on Tuesday vocally opposed the recently proposed radical wealth tax applied to assets that have increased in value but have not yet been sold.

The tax, proposed by Sen. Ron Wyden (D-OR) to reduce infighting among the far-left and the “moderate” Democrats, has likely fallen flat. Rep. Dan Kildee (D-MI) told reporters the offer was more of a Hail Mary attempt to patch the dissension among the Democrat caucus. “It’s more of a stunt,” Kildee said.

House Budget Chair John Yarmuth (D-KY) said he opposes the measure due to its inability to tax Americans enough. “I don’t think it’s a reliable offset. So I have concerns about that,” Yarmuth said about the amount of tax increases wanted in the $3.5 trillion reconciliation package.

Rep. Jimmy Gomez (D-CA) told Politico Playbook the idea of a wealth tax infuriated him as a waste of time. “The Senate needs to start saying yes or no on issues and stop fucking talking,” Rep. Gomez stated.

The Democrat House members’ opinions were supported on Tuesday by an article in the Wall Street Journal, which indicated the wealth tax “would almost certainly face a legal challenge, given the clear incentive for a taxpayer to spend millions in legal fees to save billions on taxes.”

The likely argument: Taxing capital gains that haven’t been realized yet falls outside the income taxes allowed by the 16th Amendment that don’t have to be apportioned based on state population. Under current law, individuals pay capital-gains taxes only when the gain is realized, typically when they sell an asset, such as a stock, closely held business or painting.

Meanwhile, Rep. James Clyburn, the Democrat House Whip, told Fox Business Network on Tuesday he supports taxing assets before they have been sold for a profit or a loss. “I am for a wealth tax,” he said when asked by Neil Cavuto. “I think there is a big difference in the so-called wealth tax and all of this thing about a billionaires tax.”

“You don’t get anywhere near the money we need to raise in order for everybody to participate in the build back better efforts. And so the wealth tax is something that I support,” Clyburn added.

With the House Democrats in the majority with about a five House vote margin, it is unknown if Democrats have the votes to support the wealth tax.