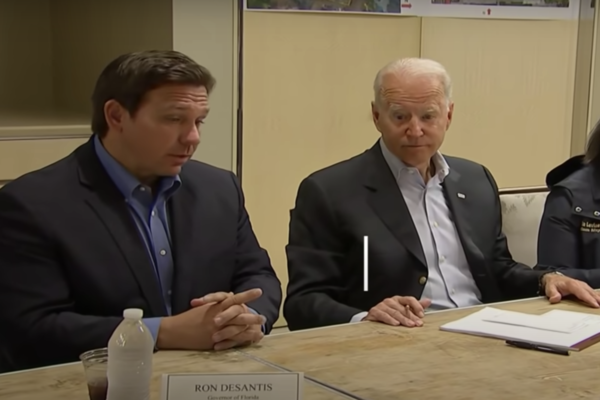 The governor filed the documents on Friday, according to Florida’s Department of State (DOS).

DeSantis told Fox News he has “delivered on all fronts.”

“I also protected individual Floridians and small businesses by keeping Florida open and stood up for students and parents by ensuring schools provided in-person instruction and by championing the rights of parents,” DeSantis added. “We’ve also taken on Big Tech censorship, banned sanctuary cities, ensured that municipalities cannot defund law enforcement and stood up to the Biden regime.”

Aside from DeSantis, the website shows 15 other candidates, including Rep Charlie Crist (D-FL), Florida State Senator Annette Taddeo (D), and Florida Commissioner of Agriculture and Consumer Services Nikki Fried (D), have thrown their hats in the ring for the upcoming gubernatorial election.

One Republican other than Desantis, John Joseph Mercadante, has filed campaign paperwork, according to Florida’s DOS.

Moreover, the poll reveals 56.4 percent of those surveyed approve of DeSantis’s performance as governor, while 36 percent “strongly” approve.

In terms of his handling of the Chinese coronavirus, DeSantis garnered 53.4 percent approval from respondents.

The poll surveyed 500 Floridians between October 17-24 and has a margin of error of plus or minus 4.5 percent.