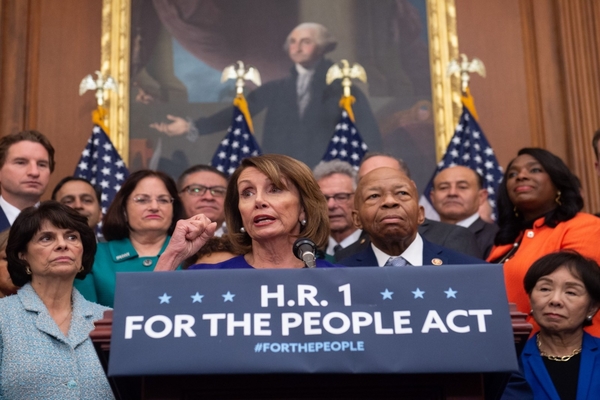 (breitbart) – Hollywood stars helped drag Joe Biden over the finish line and into the White House. Now they are hoping their celebrity magic will work wonders again with the Democrat-backed bill H.R. 1, also known as the “For the People Act” — the 791-page behemoth legislation that expands vote by mail and prevents states from enforcing voter identification requirements.

Republicans have warned the bill represents a potential disaster for the country, saying the country’s electoral process will experience unprecedented chaos if it passes the Senate. (The House has already passed the bill.)

As Breitbart News reported, a slew of Hollywood stars including Leonardo DiCaprio and Tom Hanks has already voiced their support for the bill via an initiative from former first lady Michelle Obama.

Now more Hollywood stars are contributing to the pressure campaign. Filmmaker Judd Apatow is urging his fans to pressure their senators into voting for the bill, promoting an initiative from the NAACP Legal Defense Fund.

Desperate Housewives star Eva Longoria also urged her fans to support the NAACP’s effort to back the bill.

Rob Reiner singled out Sen. Joe Manchin (D-WV), who has expressed reservations about the bill. As Breitbart News reported, Manchin said he has “legitimate concerns” with the “For the People Act,” and would need to “transcend partisanship.”

Actress Piper Perabo claimed the bill will stop “billionaires from buying elections.” She was promoting a tweet from the New Georgia Project, a self-described non-partisan voter registration group co-founded by Stacey Abrams (D).

As Breitbart News reported, the group has denied accusations from Georgia Secretary of State Brad Raffensperger (R) that it encouraged non-Georgia residents to register to vote in the state’s runoff elections.

Star Trek actor George Takei said the Senate must pass the bill “by any means necessary,” calling on woke corporations to pressure Senators Joe Manchin (D-WV) and Kyrsten Sinema (D-AZ) to support it. “It must pass, filibuster be damned,” he declared.