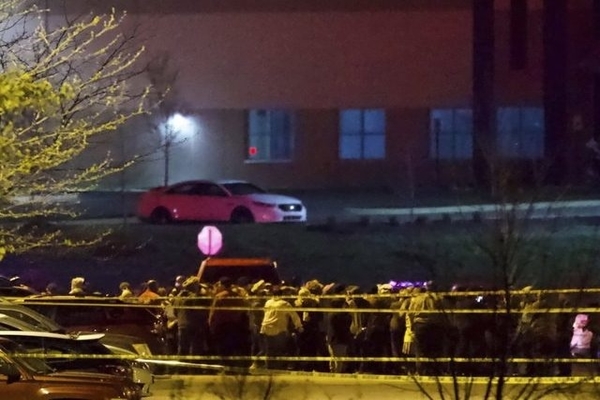 (breitbart) – A gunman shot dead eight people and injured several others at a FedEx facility in Indianapolis late Thursday night before killing himself.

She said the gunman killed himself at the scene. A search found eight people deceased with injuries consistent with gunshot wounds, she added.

“I am heartbroken by the mass shooting at the FedEx facility here in Indianapolis and praying for all affected by this tragedy,” said U.S. Congressman André Carson, a representative for Indiana.

“I am communicating with local authorities to get all details of the attack and my office stands ready to help everyone affected in any way we can.”0

A FedEx spokesman said the company was working to gather more information and was cooperating with investigating authorities.

An Indiana State Police Public Information Officer tweeted that the Interstate 70 highway, off which the FedEx facility is located, had reopened without access to Ameriplex Parkway from either direction.

Family members gathered at a nearby hotel to await word on loved ones. Some said employees aren’t allowed to have their phones with them while working shifts at the facility, making it difficult to contact them, WTHR-TV reported.

AP reports live video from news outlets at the scene showed crime scene tape in the parking lot outside the facility.

A witness who said he works at the facility told WISH-TV he saw a man with a gun after hearing several gunshots.

“I saw a man with a submachine gun of some sort, an automatic rifle, and he was firing in the open,” Jeremiah Miller said.

Another man told WTTV his niece was sitting in the driver’s seat of her car when the gunfire erupted, and she was wounded.

“She got shot on her left arm,” said Parminder Singh. “She’s fine, she’s in the hospital now.”

He said his niece did not know the shooter.