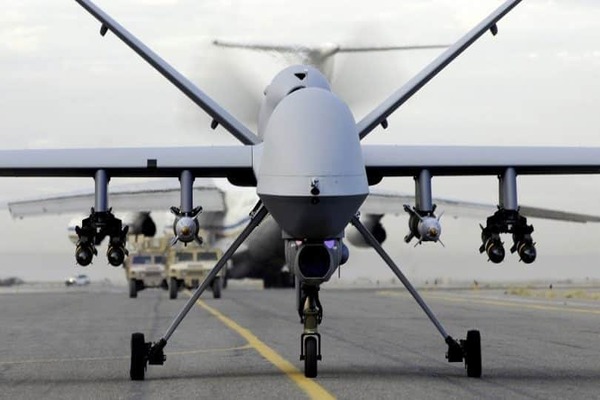 [S]tarting at 4:23 p.m. that afternoon, three batches of three ‘civilian’ drones each were detected flying over Dadan Island, Erdan Island, and Shi Islet, respectively in Kinmen County’s Lieyu Township. After being warned by Taiwanese soldiers with signal flares, the UAVs [unmanned aerial vehicles] flew away from the islands and in the direction of China’s Xiamen.

At 5:59 p.m., another drone entered the airspace over the restricted waters of Erdan Island again. Taiwanese troops again issued warnings in accordance with procedures. However, because the UAV continued to circle over the island, soldiers fired live rounds at the drone to drive it away. The UAV then flew away in the direction of Xiamen at 6 p.m.

Taiwan’s KDC warned on August 28 that any Chinese drones that intruded into Taiwanese airspace and failed to heed warnings by the island’s military to leave would be “shot down.” Taipei issued the notice shortly after video footage surfaced online showing repeated and exceptionally intrusive drone flyovers into Taiwanese airspace in the preceding days. Taiwan News reported on August 28 that “yet more footage” had begun circulating on social media that captured “Chinese unmanned aerial vehicles (UAVs) compromising Taiwanese military facilities.”

After reviewing the media, the newspaper wrote:

Photo and video footage has appeared in recent days on Chinese social media site Weibo showing Chinese drones violating Taiwanese airspace and taking close-up footage of Taiwanese soldiers, who in one case were seen throwing rocks at a drone. In the most recent incident on Saturday (Aug. 27), a Chinese drone captured footage of Taiwanese soldiers stationed in a lookout post in Kinmen County’s Lieyu Township.

While political tension between Taiwan and China is well established, Beijing has recently ramped up belligerent military actions against the sovereign island nation in response to a symbolic visit by U.S. House Speaker Nancy Pelosi (D-CA) to Taipei from August 2 to August 3. The trip angered Beijing, which considers Taiwan a Chinese territory that will inevitably be “reunified” with China in the future. Though Taiwan is a relatively small island located off China’s southeastern coast, it is an independent nation that operates according to its own constitution and democratically-elected government and is protected by its own military.

China’s People’s Liberation Army (PLA) launched live-fire drills in the waters and airspace directly surrounding Taiwan on August 4 in a fit of outrage over Pelosi’s visit to Taipei 24 hours earlier. The exercises officially lasted for four days but were immediately followed by extended drills around Taiwan.

“China’s military confirmed multiple firings of conventional missiles in waters off Taiwan as part of planned exercises in six zones set to run until noon on Sunday [August 7]. It activated more than 100 planes, including fighter jets and bombers, and over 10 warships,” Reuters reported on August 5 citing the state-run China Central Television (CCTV).

“Taiwan said 11 Chinese Dongfeng ballistic missiles had been fired in nearby waters — the first time since 1996,” the news agency relayed.