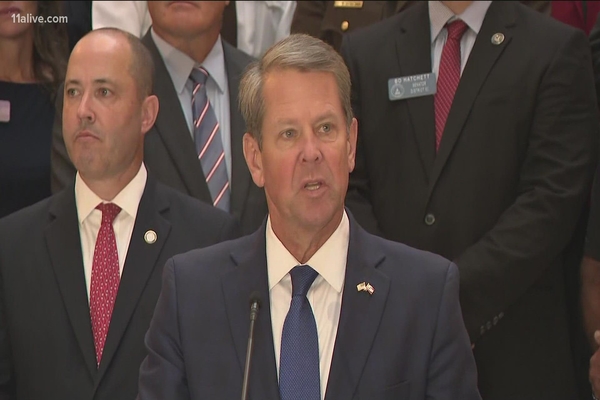 (breitbart) – The attorney for election integrity watchdog True the Vote sent Georgia Gov. Brian Kemp (R-GA) a document preservation letter on Friday, “in light of the serious nature of the leak and the likelihood of litigation” after the Georgia Bureau of Investigation (GBI) Director D. Victor Reynolds released a letter he sent to Georgia Republican Party Chairman David Shafer and True the Vote on September 30 to the media that, “contains information provided confidentially to the Federal Bureau of Investigation.”

Further, election law attorney Jim Bopp wrote in Friday’s letter to Kemp that the September 30 letter released to the media by Director Reynolds, the political appointee who runs the GBI, “mischaracterizes and selectively omits the evidence that True the Vote provided in a confidential meeting attended by representatives of your office, and representatives of the GBI, including the author of the letter in question, GBI Director D. Victor Reynolds.”

“[W]e request that your office, the GBI, and any other recipient copied on this letter preserve all correspondence, whether verbal and written, related to this matter,” Bopp wrote:

Those records would include, but are not limited to, emails, texts, letters, call logs, meeting logs, other written audio, or digital communications, with all metadata attached. This preservation should include all of the aforementioned records since April 1, 2021, that contain the words, “True the Vote,” “TTV,” “GOP,” “OpSec,” “Gregg Phillips,” “Catherine Engelbrecht,” “David Shafer,” “Joe Jensen,” “GBI,” or “FBI.” (emphasis added)

Earlier in the day on Thursday, the Atlanta Journal Constitution reported:

The head of the Georgia Bureau of Investigation told the state GOP chairman that there’s not enough evidence to pursue unsubstantiated claims of ballot harvesting in the 2020 elections based on cellphone signals collected by a conservative organization.

GBI Director Vic Reynolds wrote in a letter obtained by The Atlanta Journal-Constitution on Thursday that GPS signals alone, without any witnesses or perpetrators, fall short of meriting a fresh law enforcement inquiry.

Reynolds’ letter to Texas-based True the Vote and Georgia GOP Chairman David Shafer came in response to their allegations that GPS data identified 279 cellphones that had made multiple trips to within 100 feet of ballot drop boxes between Oct. 1 and Jan. 5.

In a story published on Friday at GPB News, Fowler wrote:

The [September 30] letter [from GBI Director Reynolds] also states that despite claims of “a source” that can prove ballot harvesting, the Georgia GOP chairman and True the Vote have not provided that source to the GBI or Federal Bureau of Investigation “despite repeated requests.”

For months, True the Vote has claimed to have evidence of ballot harvesting, when groups collect and return absentee ballots on behalf of voters. That’s illegal in Georgia, where only voters or their relatives are allowed to do so. In this case, the group claimed that commercially purchased cellphone data narrowed down more than a million cellphones — and their geolocation from Oct. 1, 2020, to the Jan. 5 runoff identified hundreds of phones that made several trips near drop boxes.

True the Vote has yet to release any videos of alleged ballot harvesting or any other data to support their claims.

Bopp addressed the claims made by GBI Director Reynolds in the September 30 letter he sent to True the Vote and GOP Chair Shaffer that was subsequently leaked to the Atlanta Journal Constitution and was cited in that organization’s report on Thursday:

As you know, True the Vote has refrained from revealing the names of individuals who gave information, in part because of the highly sensitive nature of their disclosure and the physical danger to those individuals if exposed.  True the Vote was concerned that despite your office’s and the GBI’s promises of confidentiality, that the identities of those involved would be leaked. Those concerns have been confirmed by the leak of the GBI letter to the media. (emphasis added)

Conservative election integrity group True The Vote has been conducting a months-long massive and clandestine voter fraud investigation into the 2020 presidential election, the results of which may soon start coming out, Breitbart News has learned exclusively.

A document that the group’s founder Catherine Engelbrecht circulated to prospective donors, obtained by Breitbart News, details several facets of the investigation—which centers on what the group describes as the collection of cell phone GPS ping data in key election hotspots around the country including Georgia, Arizona, Wisconsin, Pennsylvania, and Michigan.

“From this we have thus far developed precise patterns of life for 242 suspected ballot traffickers in Georgia and 202 traffickers in Arizona,” True The Vote’s document says. “According to the data, each trafficker went to an average of 23 ballot dropboxes.”

“Vic Reynolds was appointed the Director of the Georgia Bureau of Investigation on February 18, 2019 by Governor Brian Kemp. In this position, he leads an agency of over 900 employees,” the GBI website notes:

Vic is the former District Attorney of Cobb County, where he was elected twice. He has also served as a police officer, as the former Chief Magistrate Judge of Cobb County, and he was a partner in the law firm of Berry and Reynolds. He has been published in both local and national print, and he is the author of Georgia Objections at Trial, which is currently in its second edition.

“Biden’s narrow 12,670 vote margin of victory over Donald Trump in Georgia’s 2020 election, out of 5 million votes cast in the state, was certified by Secretary of State Brad Raffensperger, a Republican, on November 20, 2020.,” Breitbart News reported:

Under an Emergency Election Code Rule promulgated by the State Election Board on July 1, 2020, those 79,640 mail-in absentee vote ballots deposited in drop boxes required chain of custody documentation–a ballot transfer control form that showed the time, date, and number of ballots picked up at the 38 drop boxes in the county in the 41 days before and up to Election Day, November 3, 2020, as well as the signatures of those who picked them up, and then the signature of the county registrar designee who was required to “immediately” receive the document.

True the Vote’s analysis of “279 cellphones [that] made ‘multiple trips to within 100 feet of a voter drop box’ during the 2020 General Election and U.S. Senate Runoff Election Periods,” reportedly focused on six counties in the metropolitan Atlanta area, including Fulton County.

Breitbart News asked True the Vote about election attorney Jim Bopp’s October 22 document preservation letter to Gov. Kemp, but a spokesperson for the group said it would have no comment at this time.

Breitbart News also requested comment from the GBI and Governor Kemp’s office on election attorney Jim Bopp’s October 22 document preservation letter but has not yet received a response.