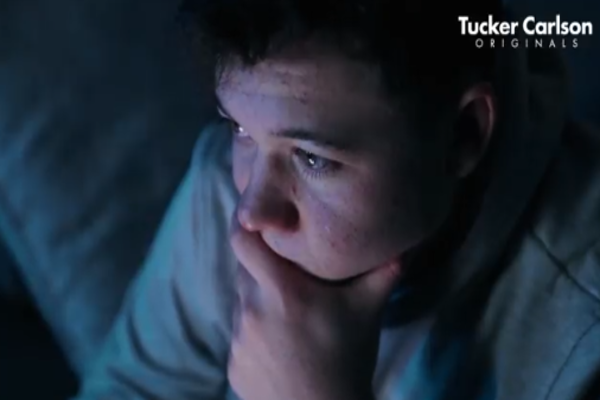 (breitbart) – Eighteen-year-old Kyle Rittenhouse declared following acquittal in his homicide trial that “self-defense is not illegal.”

In an interview with Fox News’s Tucker Carlson’s film crew after the Wisconsin jury’s verdict on Friday, the young man was asked how it felt to be cleared of the charges against him, the Hill reported.

“The jury reached the correct verdict,” Rittenhouse commented, adding, “Self-defense is not illegal.”

In addition, the young man said he had dreams about what happened to him “every single night.”

“It’s quite scary, actually, because the dreams feel so real and they’re not the same at all. They’re all different,” he continued:

They’re the different scenarios that run through your head during the day like, what could have happened. Like, I’m alive but what could have happened, like what if I wasn’t alive? Or what if I did let Mr. Rosenbaum steal my gun? It’s those type of dreams of the outcome. It’s bad but almost every outcome is either is me getting seriously injured or hurt, or dead. Those are just the dreams I have on a daily basis.

A jury in Kenosha found Rittenhouse not guilty of all charges after deliberating since Tuesday morning.

He had faced two charges of murder, one charge of attempted murder, and two charges of reckless endangerment regarding a melee around midnight on August 25, 2020, amid Black Lives Matter riots in the small city, Breitbart News reported:

That night, Rittenhouse and a group of armed volunteers were guarding a car dealership that had been torched the night before. After Rittenhouse put out a fire, he was chased by a rioter named James Rosenbaum, who reached for Rittenhouse’s AR-15-style rifle. Rittenhouse fired four times, hitting Rosenbaum and wounding him mortally.

A crowd then gave chase as Rittenhouse attempted to flee toward police officers. He was struck in the head with a rock by an unknown assailant and kicked in the face by someone referred to as “Jump Kick Man,” whom Rittenhouse then shot at but missed. A rioter named Anthony Huber then hit Rittenhouse in the head and neck with a skateboard, and reached for the rifle; Rittenhouse fired one shot, killing him. Another rioter, Gaige Grosskreutz, who was armed with a pistol, raised his hands above his head, then charged Rittenhouse with his gun pointed at him. Rittenhouse fired, wounding Grosskreutz in the arm.

Multiple Republican lawmakers said after the verdict that justice was rightfully served as the jury in the trial of the 18-year-old found him not guilty.