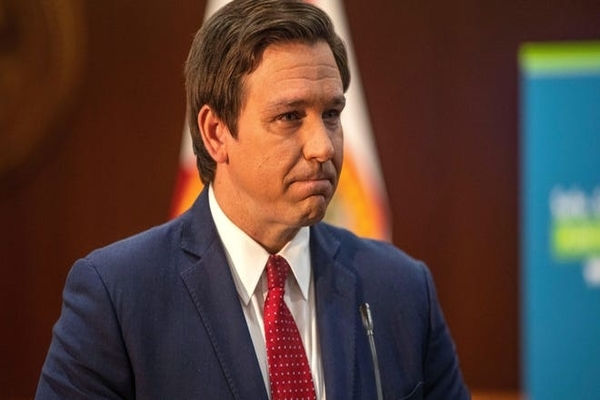 (breitbart) – Florida Gov. Ron DeSantis (R) said Wednesday that he will not jump ahead of more vulnerable populations, such as seniors, to receive a vaccine for the Chinese coronavirus despite his status as an elected official, telling reporters that he is “not the priority.”

“I’m willing to take it, but I am not the priority. They’re the priority,” he said, referencing seniors.

“I’m under 45, and so the people under 45 are not going to be first in line for this. And so when it’s my turn, I will take it but this is who I want to be vaccinated,” he continued.

“I want my parents, our grandparents to be able to get it. Granted, I’m an elected official but whoop de doo,” he added. “Let’s focus on where the risk is”:

Speaking at Kings Point in Delray Beach, Florida, on Wednesday, DeSantis detailed the rollout of vaccine distribution in the Sunshine State, noting that “supply is limited.”

“We don’t have enough vaccines for all four million-plus senior citizens in Florida,” he said, emphasizing that the senior demographic remains the priority along with doctors, nurses, and other healthcare workers despite the Centers for Disease Control and Prevention’s (CDC) recommendation that “essential” workers take priority as well.

“There was a recommendation from the CDC that you [vaccinate] so-called essential workers. What’s essential?” the governor asked.

“There’s a lot of people who work really hard that the CDC doesn’t consider essential, but their family considers them essential. I consider them essential,” he continued, noting that Florida officials will not “be putting young people ahead of our elderly population.”

“If you have somebody that works for a grocery store or food services that may be 22, they would have priority over someone who is 73,” the Republican governor explained.

States have begun the process of distributing a limited supply of both Pfizer and Moderna vaccines, prioritizing healthcare workers and more vulnerable populations. However, the vaccine has also been made available to elected officials, such as members of Congress, which Rep. Alexandria Ocasio-Cortez (D-NY) attributed to a “national security policy.”

The 31-year-old freshman congresswoman posted a video of herself receiving the first dose of Pfizer’s vaccine earlier this month:

However, Ocasio-Cortez continued to defend her decision to receive the vaccine on social media, contending that she would have given the vaccine to someone else if it was within her individual power to do so:

Over 2.1 million individuals in the U.S. have been vaccinated, according to the CDC’s numbers last updated on Monday.