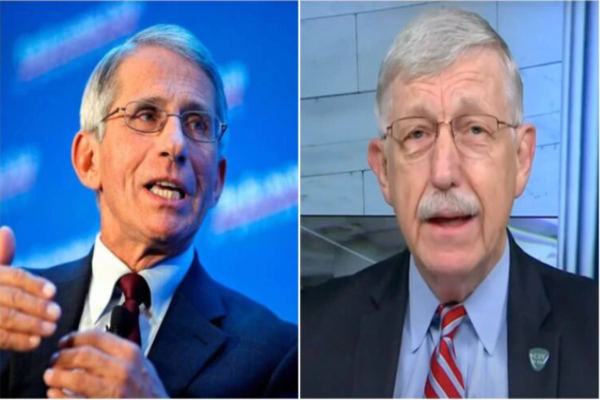 (bigleaguepolitics) – Released emails have revealed that top scientists understood that COVID-19 emanated from a laboratory but lied to the public because they wanted to protect the reputation of their Chinese masters.

Reporting from The Express has shown that top scientists, such as Sir Jeremy Farrar, director of the Wellcome Trust, said that the COVID lab-leak hypothesis was “a likely explanation” for the genesis of the global pandemic.

Additionally, the email addressed to Dr. Anthony Fauci and Dr. Francis Collins of the National Institutes of Health (NIH) said that scientists “accidentally created a virus primed for rapid transmission between humans.”

Farrar justified suppressing the truth because he wrote that “further debate would do unnecessary harm to science in general and science in China in particular.” Dr. Collins, who led the NIH at the time, said that telling the truth to the public would harm “international harmony.”

Viscount Ridley, who helped write the book, “Viral: The Search for the Origin of COVID,” said in response to this news: “These emails show a lamentable lack of openness and transparency among Western scientists who appear to have been more interested in shutting down a hypothesis they thought was very plausible, for political reasons.”

Big League Politics has reported on how Dr. Fauci knowingly lied to Congress in a desperate attempt to protect himself and his colleagues from accountability:

“New emails obtained by The Intercept show how National Institute of Allergy and Infectious Diseases (NIAID) director Dr. Anthony Fauci lied in front of Congress about the extent of the mad science he funded in Wuhan, China.

“The trove of documents includes two previously unpublished grant proposals that were funded by the NIAID, as well as project updates relating to the EcoHealth Alliance’s research, which has been scrutinized amid increased interest in the origins of the pandemic,” the report stated.

One grant proposal admitted the extreme amount of danger that came as a result of the Fauci-endorsed mad science. It stated: “Fieldwork involves the highest risk of exposure to SARS or other CoVs, while working in caves with high bat density overhead and the potential for fecal dust to be inhaled.”

Experts and whistleblowers are crying foul as a result of this news, pointing out how it shows that the public has been deceived about the origins of COVID-19 from the beginning of the pandemic.

“In this proposal, they actually point out that they know how risky this work is. They keep talking about people potentially getting bitten — and they kept records of everyone who got bitten,” said Alina Chan, who works as a molecular biologist at the Broad Institute.

“Does EcoHealth have those records? And if not, how can they possibly rule out a research-related accident?” she added.

“The viruses they constructed were tested for their ability to infect mice that were engineered to display human type receptors on their cell,” said Richard Ebright, a molecular biologist at Rutgers University.

“This is a road map to the high-risk research that could have led to the current pandemic,” said Gary Ruskin, executive director of U.S. Right To Know, a group blowing the whistle on the corruption in the public health sector over COVID-19 origins.“