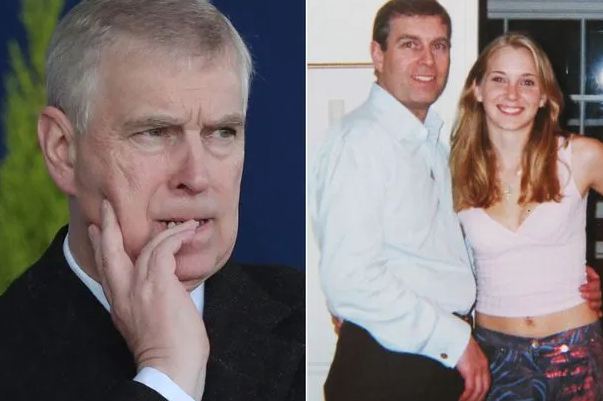 (breitbart) – Prince Andrew has suggested that Jeffrey Epstein accuser Virginia Giuffre may be suffering from “false memories” surrounding allegations made against him.

The British Royal has suggested that Virginia Giuffre, who accused the Prince of raping her in 2001 when she was 17, “may suffer from false memories” about the alleged incident.

In the latest development in the ongoing legal battle, the Duke of York’s lawyers have requested to interview Dr Judith Lightfoot, Virginia Giuffre’s Australian based psychologist. They went on to request access to Lightfoot’s medical notes on Giuffre, any details on medication prescribed, and any invoices of fees Dr Lightfoot received, The Telegraph reports.

Andrew’s attorneys have also asked to interview the Epstein accuser’s husband, Robert Giuffre, over her finances, her relationship with paedophile billionaire Jeffrey Epstein and his accomplice Ghislaine Maxwell, as well as all communications Giuffre had with her husband regarding Prince Andrew.

The Prince’s legal team went on to directly accuse Giuffre of participating in “Epstein’s sex-trafficking scheme” by supplying Epstein with victims, including “at least one 14-year-old girl”. Andrew’s lawyers have suggested that Giuffre is highlighting her claimed trauma in order “to deflect” from her role in the ring.

The Duke has previously claimed Giuffre is seeking another “payday”, as alongside the $500,000 she obtained in a 2009 settlement with Epstein, she also sought an additional $50 million from the billionaire paedophile in a 2015 lawsuit.

The lawyers representing Prince Andrew have also suggested that the media interviews and public statements made by Giuffre would have “contributed” to “any purported emotional distress and invasion of privacy” she “claims to have suffered”.

Andrew’s efforts to challenge Giuffre’s lawsuit have intensified following the move by Queen Elizabeth II to strip her son of his royal ‘His Royal Highness’ title as well as all of military titles and patronages on the 13th of January. His former titles are set to be redistributed amongst the Royal Family.

Following the Royal Family’s announcement to remove Andrew of his titles, Labour’s Rachael Maskell, who currently serves as the MP for York Central, has said that it is “untenable” for the Prince to continue to use his ‘Duke of York’ title and called for the Prince to end his “association with York” in light of the “very serious allegation” made against him.

Princess Beatrice, the daughter of Prince Andrew, has been spared further embarrassment after it was revealed on Friday that Giuffre’s lawyers will not be calling her as a witness in the case.

Giuffre’s lawyers only seek to call two British witnesses, Shukri Walker, who claims to have seen the Duke at a London nightclub on the night he is accused of raping Giuffre and Robert Olney, the Duke’s former equerry (royal assistant).

Prince Andrew has repeatedly denied the sexual assault allegations levelled at him by Virginia Giuffre (formerly Roberts) and he is facing no criminal charges, however, the US Courts have refused to dismiss the civil lawsuit brought against him.