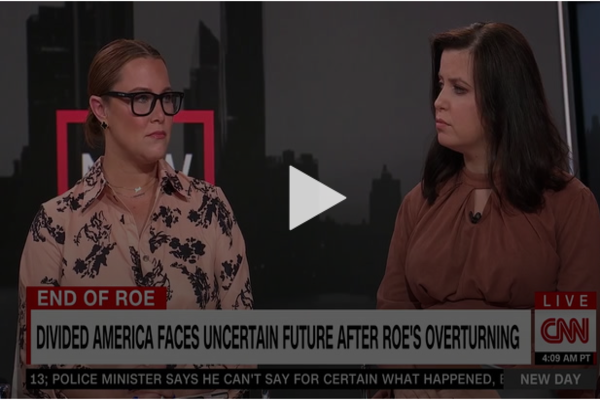 Cupp said the GOP was engaging in “aggressive bullshit,” and she wondered how the party would bring in new voters in future generations.

“It’s hard to imagine the Republican Party surviving this,” Cupp proclaimed. “Between anti-abortion, anti-LGBTQ, book banning, anti-democracy, I mean, add all of the aggressive bullshit — garbage, sorry — to this — I don’t take that back — add it all together, I don’t know who is left in future generations to be drawn to this party. If you look back at 2016, I think people voted for Trump for a wide array of reasons — some of them garbage, but some of them legitimately economic or even foreign policy. I think the people voting for more Trump, more MAGA now are really motivated by very few reasons, and so there are fewer of them.”

She continued, “And when you imagine that, I think for the first time … a generation will be able to say my parents had a right that I don’t have today; for the first time, a right was taken back. I can’t imagine how Republicans message to new voters and don’t just keep shrinking and condensing.”