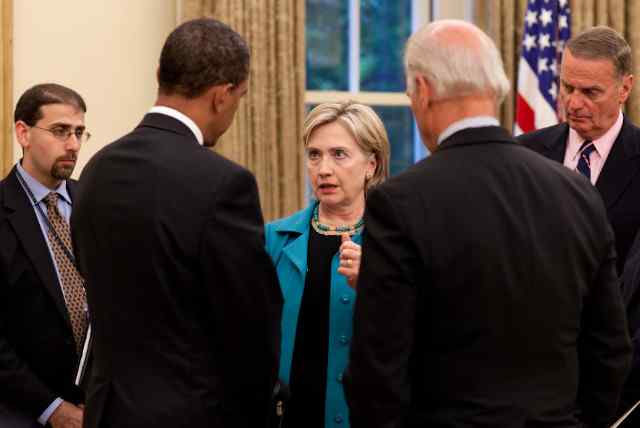 Actor Zach Braff questioned why former Vice President Joe Biden would subject himself to another debate with President Donald Trump, claiming there was “absolutely nothing to gain”:

“After this, does Biden have a legitimate case to make and more to gain from saying he’s not doing the other two debates?” tweeted New York Times reporter Jeremy W. Peters.

In an earlier tweet, Peters said it was “hard to see how Americans watching won’t be more exhausted after tonight”:

CNN’s Wolf Blitzer described the event as “the most chaotic presidential debate” he had ever seen and questioned whether it might the last between Trump and Biden, according to Breitbart News:

David A. Graham, staff writer at the Atlantic, wrote that if the Commission on Presidential Debates (CPD) “really wishes to benefit the American electorate, it should cancel the rest of the debate season.”

Director at the UVA Center for Politics Larry Sabato echoed Graham’s comments and claimed it was “impossible to have an orderly, productive exchange with Donald Trump”:

“Not one in which we decide … in which we think that we choose between candidates based on them proposing competing sides of an argument. I just, this is not the night I expected,” Maddow stated.

In an article for Slate, writer Christina Cauterucci wrote that Americans “gained nothing from this degrading spectacle, which resembled a trashy shock-jock program more than a debate about policy and public service,” and she called for the remaining debates to be canceled:

There is no reason to expect a better result from the next two debates. No matter how stringent the rules or vigorous the moderators, these contests will always take place on the terms of the worst person on the stage. Trump’s verbal abuse steered the debate away from American lives and toward personal accusations.

“The only difference is that now, we’re viewing the calamity from inside Donald Trump’s America, which we can see with our own eyes. What more is there to know?” she concluded.