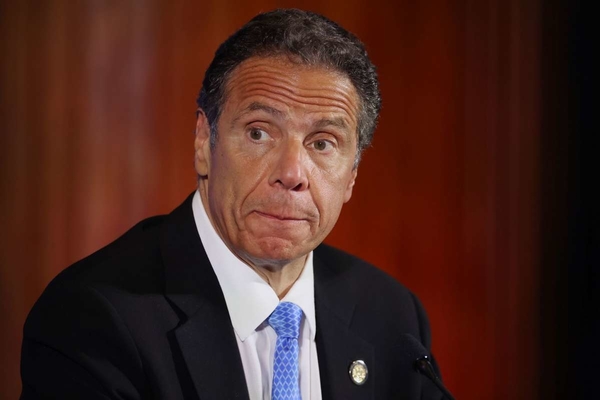 (foxnews) – New York Gov. Andrew Cuomo declared that he has no intention of leaving office, despite calls from dozens of state lawmakers who either want him to step down or face impeachment.

Democrats and Republicans have come out against Cuomo during dual scandals involving nursing home deaths during the coronavirus pandemic and recently published allegations of sexual harassment. Despite the opposition, the governor said he will push forward with his duties.

“I’m not going to resign,” Cuomo said at a briefing Wednesday.

Nearly 30 Democratic and Republican New York lawmakers have called for Cuomo to resign or be impeached.

Assemblyman Ron Kim, another Democrat, shared the hashtag #ResignCuomo while retweeting a post about Cuomo’s response to the harassment allegations. Kim also criticized Cuomo for “publishing a book in the middle of the pandemic while suppressing life and death data.”

Rep. Kathleen Rice, D-N.Y., also called for Cuomo to step down following a report of a third woman accusing him of inappropriate behavior.

“The time has come. The Governor must resign,” Rice said.

Similarly, New York City Mayor Bill de Blasio said Tuesday that if the allegations against the governor are true, “he can not govern.”

Cuomo shrugged off the demands, pointing to New York’s many pressing needs that he must address, including the state’s budget, saying that will be able to work on the budget while cooperating with the state attorney general’s investigations of the scandals.

Cuomo noted that he was able to work on a budget last year, even as the pandemic was at a high point.