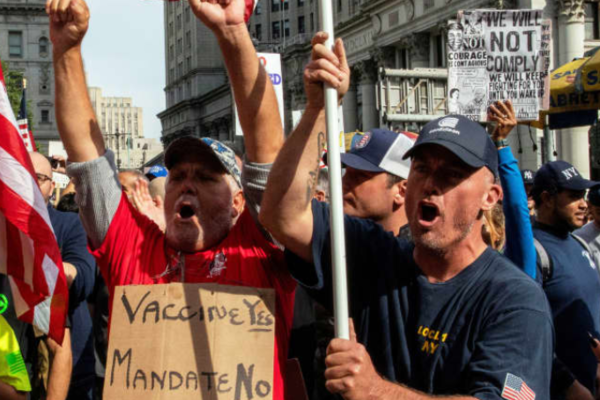 (bigleaguepolitics) – A federal appeals court with a GOP-appointed majority will decide the fate of Joe Biden’s COVID shot mandate and compulsory testing requirements for private businesses, bringing hope that perhaps the arguably unconstitutional order will be struck down once and for all.

More than two dozen lawsuits fighting the Biden policy were combined into one on Tuesday in the U.S. Court of Appeals for the Sixth Circuit. Former Presidents George W. Bush and Donald Trump appointed 11 of the 16 judges on the bench, while Bill Clinton and Barack Obama appointed five.

The case is widely expected to ultimately be decided by the Supreme Court.

“Once a panel of judges are selected, ordinarily at random, the first question they will have to address is whether to retain or dissolve the stay ordered by the Fifth Circuit,” David Vladeck, a professor of law at Georgetown University, told CNBC.

Carl Tobias, a law professor at the University of Richmond, suggested that the political party of the President that chose a given judge might not be the end all be all when anticipating how a case may be handled.

“The party of the appointing president is a rough measure of how any judge might rule in this complex appeal,” Tobias told CNBC.

Under the new mandate — a workplace safety rule ordered by Biden to be brought by the Occupational Safety and Health Administration — businesses with 100 or more employees are required to force their employees to take a full set of COVID-19 shots. The order goes into effect on January 4th, conveniently just after large and expected supply chain delays predicted to occur during the Christmas and holiday season. After that date, employees who do not comply must submit and pay for a negative Covid test weekly to enter the workplace. Workers who do not take the jab will also be forced to wear masks indoors at the workplace beginning Dec. 5.

According to CNBC, OSHA has not issued any kind of emergency safety standards since 1983.