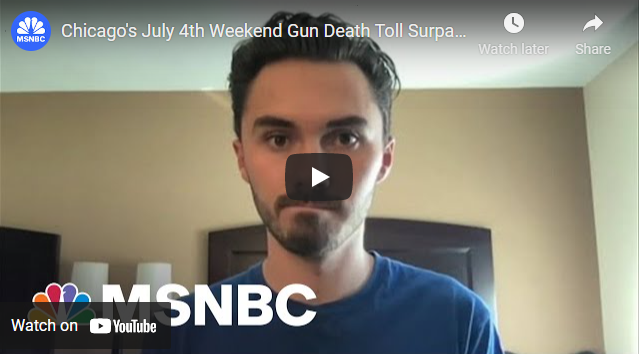 (breitbart) – Sunday on MSNBC, Stoneman Douglas High School shooting survivor and gun control activist David Hogg voiced his concern with what he has suggested could be a “coordinated mass terror attack” by white nationalists.

Hogg noted on “The Sunday Show” that “many of these mass shooters have similar intentions, if not almost the exact same intentions, of building a white and male-dominated white ethnic state in our country.” He added that racism was “not a mental illness.”

“The thing that I’m deeply concerned about is, you know, the fact that many of these mass shooters have similar intentions, if not almost the exact same intentions, of building a white and male-dominated white ethnic state in our country,” Hogg outlined. “What scares me is that we’ve seen the shooters, time and time again, like the shooter at my high school, have these incredibly xenophobic ideals — these hateful and racist ideals over and over again.”

“We need to realize that, again, hatred is not a mental illness,” he continued. “I can’t stand it when there are these terrorist attacks that are happening across the United States by these white nationalists, and we repeatedly act like hatred is a mental illness. Racism is not a mental illness. Racism is learned. Hatred is learned. Our country needs to realize that mental illness does have a role in addressing gun deaths. That’s only in regards to the two-thirds of gun deaths that are suicides. What’s not going to help to reduce gun death is stigmatizing it and making people think that the only time we should be talking about mental illness is when there’s a white-nationalist mass shooter that goes and kills people, like the 17 students and educators the white nationalist last year at my high school killed.”