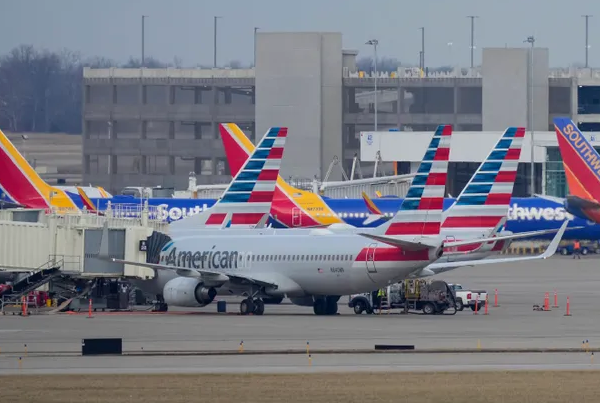 (breitbart) – Commercial airline flights in the U.S. were grounded Wednesday morning due to a mass system failure.  The Federal Aviation Administration (FAA) said it experienced a computer outage and was working to fix the problem.

No further details on the exact nature of the problem were provided.

At around 6:30 Eastern, there were an estimated 760 flights within, into and out of the U.S. delayed according to online flight tracker FlightAware. Another 90 flights were listed as cancelled.

Most delays were concentrated along the East Coast, but were beginning to spread west.

Inbound international flights are into Miami International Airport continued to land, but all departures have been delayed since 6:30 a.m., airport spokesman Greg Chin told AP.

Passengers outside the country were also left stranded as they awaited further news on the travel interruption which caused mass cancelations and planes sitting on tarmacs as clearance was initially held back for inbound U.S. flights.

The FAA issued an update on social media as the problem further developed:

The FAA said in a notice on its website that its Notice to Air Missions (NOTAM) system had “failed” Wednesday morning. A NOTAM is a notice containing information essential to workers involved in flight operations.

“Technicians are currently working to restore the system and there is no estimate for restoration of service at this time,” it said.

“An FAA system outage is causing ground stops at AUS and other airports across the country,” the Austin-Bergstrom International Airport confirmed in a tweet:

“Operations across the National Airspace System are affected,” the FAA said in a statement. “The FAA is working to restore its Notice to Air Missions System. We are performing final validation checks and repopulating the system now,” it said.

“We will provide frequent updates as we make progress,” it said.

U.S. Secretary of Transportation Pete Buttigieg has meanwhile assured travelers there is no need to panic, help is at hand and the FAA is working “swiftly” to rectify the problem.

“I have been in touch with FAA this morning about an outage affecting a key system for providing safety information to pilots,” tweeted Buttigieg.

“FAA is working to resolve this issue swiftly and safely so that air traffic can resume normal operations, and will continue to provide updates.”

The FAA has since ordered airlines to continue to pause all U.S. departures until 9am EST, following the major IT failure.