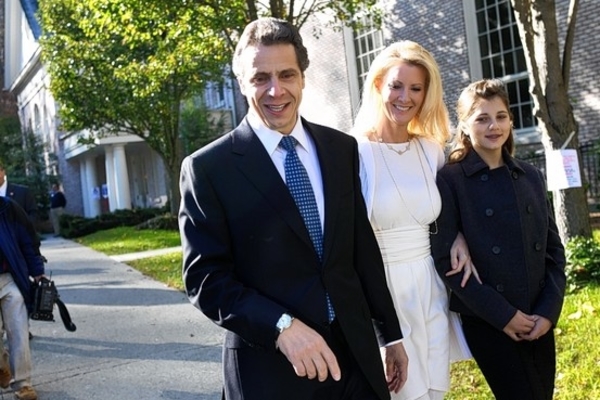 (breitbart) – New York Gov. Andrew Cuomo’s daughter once sold t-shirts to raise money for sexual assault awareness, calling for an end to the behavior, according to a 2015 article from the New York Daily News.

Michaela Kennedy Cuomo, one of Cuomo’s daughters by his ex-wife Kerry Kennedy, was 17 at the time she chose to sell the shirts online through booster.com, now known as Custom Ink. The white shirts, priced at $20 each with pink lettering, read: “my having a good ass does not give you a right to be one.” Also included on the t-shirt was “#stopsexualASSault.”

“Every 107 seconds, another American is sexually assaulted. That means that each year, there are 293,000 victims of sexual assault, and 98% of rapists will not even spend one day in prison,” the booster.com site stated, according to the New York Daily News at the time. “It is time to put sexual assault to an end.”

All proceeds from the shirts were given to to the Robert F. Kennedy Center for Justice and Human Rights. The site also revealed who purchased the shirts, with Gov. Cuomo’s name appearing four times.

Lindsey Boylan, the former deputy secretary for economic development and special adviser to Cuomo, said Cuomo repeatedly touched her body, attempted to kiss her on the mouth, invited her to play “strip poker,” and overtly objectified her, documenting her experiences with screenshots of emails and texts in a Medium post.

A second former aide came forward with sexual harassment allegations against Cuomo on Sunday. Charlotte Bennett, a health policy adviser in the Democratic governor’s administration until November, told the New York Times that Cuomo inquired about her sex life and asked whether she had had sex with older men.

Rice, the first Democrat member of U.S. Congress to call for Cuomo’s resignation, shared the NYT’s interview with Ruch in a tweet and said, “The time has come. The Governor must resign.”

Cuomo has since attempted to reconcile with the accusers, saying he was “truly sorry” if “some of the things I have said have been misinterpreted as an unwanted flirtation.” Cuomo also asked Americans to wait until an investigation is conducted before taking a stance on the matter, a move he himself did not offer to former New York Attorney General Eric Schneiderman when he was accused of assault by four different women.