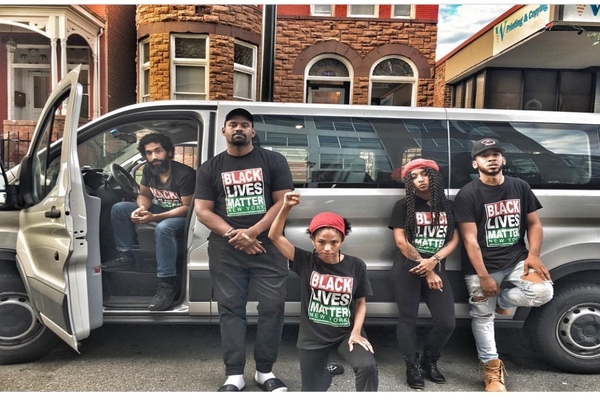 (breitbart) – Black Lives Matter leader Hawk Newsome said Saturday on Fox News Channel’s “Unfiltered” that riots are the oppressed lashing out before he stormed out of the interview after refusing to condemn violence.

When asked to condemn rioting, Newsome said, “As Dr. King said, riots are the voice of the unheard. It is a natural occurrence that people can continue to be oppressed. They will lash out. That’s it.”

He added, ‘The Boston Tea Party was a riot.”

Bongino responded, “Do you condemn riots and burning down buildings?”

He continued, “You seem to talk a lot of junk and then when I put you on the spot you won’t answer a damn question. Do you condone violence or you condemn violence? You’re all over the place. Just condemn violence and burning of buildings down. How hard is it?”

Newsome asked, “OK, so when Osama bin Laden attacked the World Trade Center, did you say America should deal with it peacefully?”

Bongino said, “You’re not answering the question, man. That has nothing to do with people burning down businesses in New York City. You’re not gonna answer the question, Hawk.”

Newsome said, “I don’t condone it, I don’t promote it, but I will not condemn it.”

While removing his microphone and exiting the interview, Newsome said, “You’re trying to bait me.”