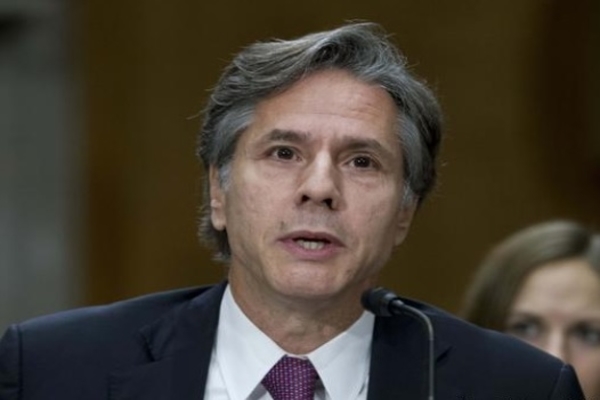 (breitbart) – U.S. Secretary of State Anthony Blinken said Friday that the U.S. and other nations had suspended talks with Iran about returning to a nuclear deal because the regime did not seem “serious” about negotiations.

The Times of Israel reported:

United States Secretary of State Antony Blinken said Friday that this week’s round of negotiations between world powers and Iran in Vienna was halted because Tehran does not seem to be serious about reaching an agreement with the US that would see a joint return to compliance with the nuclear agreement.

“What we’ve seen in the last couple of days is that Iran right now does not seem to be serious about doing what’s necessary to return to compliance, which is why we ended this round of talks in Vienna,” Blinken told Reuters.

The secretary of state said the US would now consult with its allies, including Israel, on how best to move forward. “And we will see if Iran has any interest in engaging seriously, but the window is very, very tight.”

The Iran deal, also known as the Joint Comprehensive Plan of Action (JCPOA), was an agreement negotiated by President Barack Obama’s administration, under which the U.S. would agree to lift sanctions on Iran in exchange for Iran suspending or slowing its nuclear research for about a decade. The Obama administration misled the American public about the deal, falsely claiming that it covered Iran’s ballistic missile program, and refused to submit it to the Senate for ratification.

After Iran pocketed billions of dollars in unfrozen assets, and billions more in cash delivered secretly by the Obama administration as an apparent ransom for the release of several imprisoned Americans, the regime continued to pursue nuclear weapons, as Israel demonstrated in 2018 with the release of Iranian nuclear files seized in a daring covert raid. It also continued to fund terrorists and militias throughout the world, encouraged by the Obama administration’s weak posture.

President Donald Trump withdrew from the deal in May 2018 and began imposing sanctions on Iran again. In 2020, Joe Biden campaigned on restoring the Iran deal, and indicated that the U.S. was eager to negotiate with the regime’s representatives in Vienna. Meanwhile, Iran has accelerated its nuclear enrichment, and experts believe that it is near the capability to produce weapons-grade nuclear material.

Israel, meanwhile, has openly been practicing raids on Iran, believing firmly that a nuclear Iran is an existential threat, since the regime has threatened for decades to destroy the Jewish state. The Biden administration has repeatedly insisted that it prefers to use diplomacy, and sanctions, rather than the threat of force.