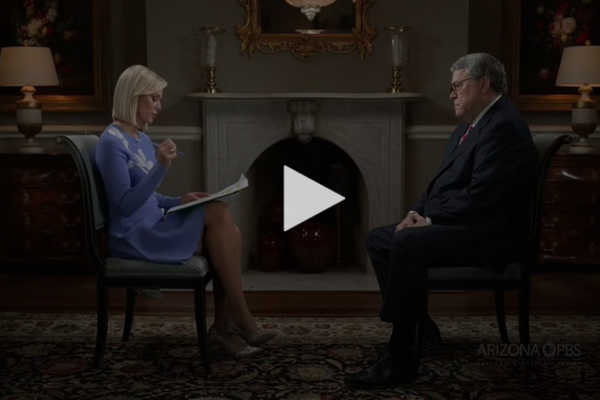 BARR: If a former president commits a crime, you know, especially a serious crime, they should be indicted for it. If the Department of Justice can show that these were indeed very sensitive documents, which I think they probably were, and also show that the president consciously was involved in misleading the department, deceiving the government, and playing games after he had received the subpoena for the documents, those are serious charges. That’s serious.

HOOVER: And if they have it, should they?

BARR: That’s a decision for–

HOOVER: If you were AG, would you?

BARR: I’m not going to get into that.

HOOVER: Do you think they will?

HOOVER: And you think it would be appropriate if they did?

BARR: Well, this is what the attorney general gets paid for, these kinds of decisions. You know, the argument for doing it is that if you let someone like this who, you know–if the facts are as raw as they may be and you let someone get away with it, how can you protect these secrets? How can you insist on people in government taking this stuff seriously? So, you know, that’s an important thing to weigh, as well as what it will do to the country and to the office of the presidency. And I think Merrick Garland is going to have to make that call.