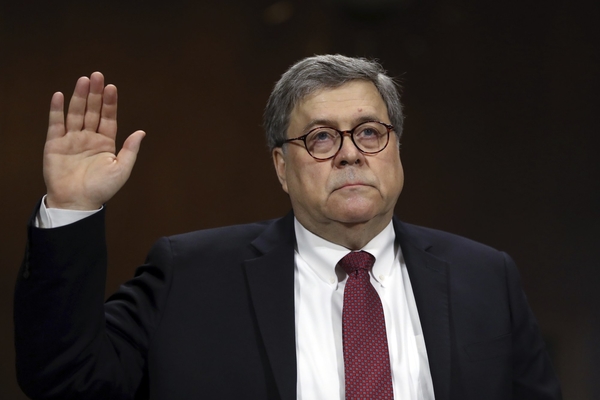 (breitbart) – Former Trump Attorney General Bill Barr said Friday on FNC’s “America Reports” that it is “unprecedented” that former President Donald Trump had classified material at his Florida estate and he “jerked around” the Department of Justice for a year while they tried to recover the documents.

Sandra Smith asked, “Do you think this type of this raid was avoidable? Do you think a second subpoena, for example, could have been issued?”

Barr said, “I personally think for them to have taken things to the current point, they probably have pretty good evidence, but that’s speculation. And until we see that, it’s hard to say.”

He added, “Now, let me just say, I think the driver on this from the beginning was, you know, loads of classified information sitting in Mar-a-Lago. People say this was unprecedented, but it’s also unprecedented for a president to take all this classified information and put him in a country club. And how long is the government going to try to get that back? You know, they jawboned for a year. They were deceived on the voluntary actions taken. They then went and got a subpoena. They were deceived on that. They feel and the record, the facts are starting to show that they were being jerked around. And so how long, you know, how long do they wait?”