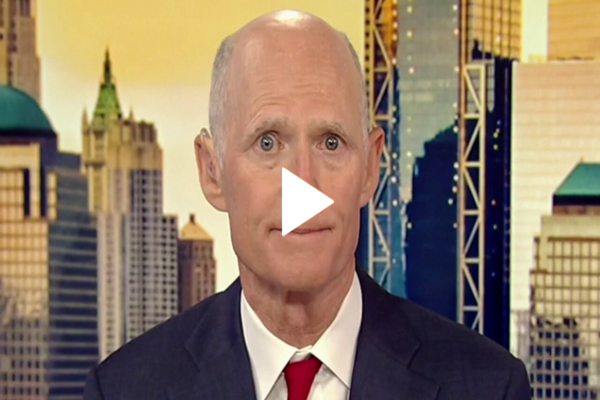 (breitbart) – During an appearance on Monday’s broadcast of Fox Business Network’s “Mornings with Maria,” Sen. Rick Scott (R-FL), the chairman of the National Republican Senatorial Committee, criticized President Joe Biden for what appears to be a deteriorating mental condition.

However, he said he hoped Biden would run for president again in 2024 because it could better the chance of a GOP victory.

“I mean, he is out,” Scott said. “He’s incoherent. He’s incapacitated. I do hope he runs again. I’m going to start a campaign to make sure he runs again because I know we’ll win the presidency in ’24. I mean, he is so unpopular in this country. Nobody wants to campaign with him. His policies are horrible. Look at where we are.”

“We got high inflation,” he continued. “We’ve got high crime. We’ve got Afghanistan debacle. We’ve got an open border. There’s nothing he’s touched that he’s done a good job with. He ought to – I mean, if he wants to do something good for the American public, he needs to resign right now. Let’s start fixing this country.”