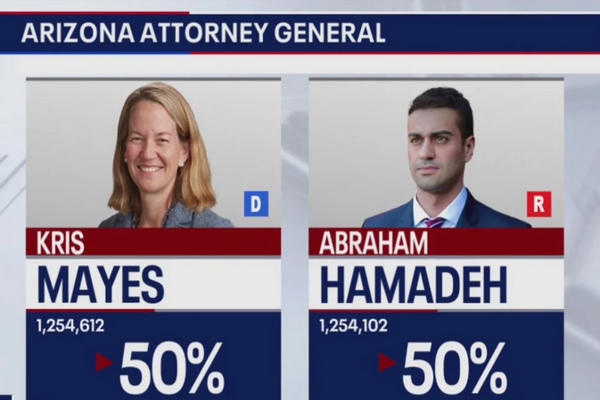 Hamadeh was only down by 511 votes against Mayes out of more than 2.5 million ballots cast in the Attorney General race.

However, a “significant miscount” of hundreds of votes was discovered in the recount results.

Hamadeh contested the results in a lawsuit filed in the Mohave County Superior Court against Kris Mayes, Katie Hobbs, and all Arizona County election officials.

The judge denied the challenge based on testimony from Hamadeh’s lawyer, Tim LaSota, acknowledging that based on the ballot inspection (a small sample of ballots), his client would not be able to get over 511 votes needed to overcome Mayes.

However, Charlie Kirk on Wednesday tweeted earlier that hundreds of new votes were discovered for Abe, and corrupt Secretary of State Katie Hobbs is attempting to hide this discrepancy from the public.