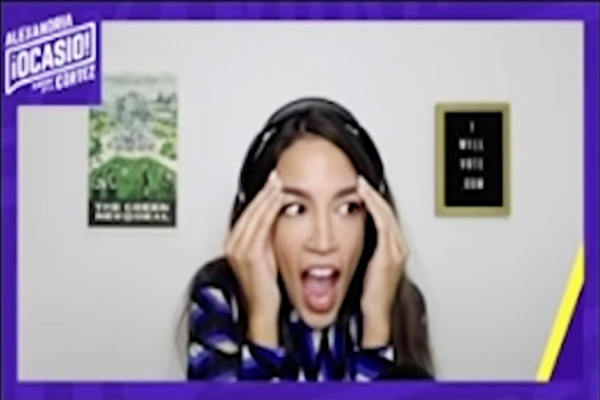 (informationliberation) – Alexandria Ocasio-Cortez is contemplating quitting politics less than a month after getting a taste of the e-girl life by live-streaming on Twitch to over 400,000 viewers.

From Business Insider, “AOC said she might quit politics, as some centrist Democrats blame progressives for House losses”:

Rep. Alexandria Ocasio-Cortez told the New York Times in an interview that she might quit politics, depending on the hostility of her own party towards progressive causes.

The Bronx native said the Democratic party has been hostile to progressive causes, like Medicare for All and the Movement for Black Lives.

“Externally, there’s been a ton of support,” she said, according to The Times. “But internally, it’s been extremely hostile to anything that even smells progressive.”

AOC’s support for the “Defund the Police” movement was blamed by many Democrats for their failure to make any gains in the House and the Senate.

Why should AOC take all these slings and arrows for a corrupt Democratic Party when she could just get millions of simp bux for streaming video games?

Though she’s thinking about quitting politics, she’s actively planning her next live-stream!

The e-girl life is a force more corrupting than politics!