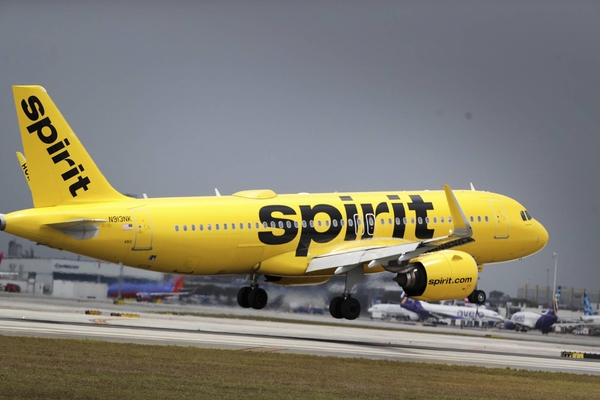 (breitbart) – Does the thought of sharing a commercial airline flight with a fellow passenger who insists on not wearing a mask scare you? Fear not. Airlines say they have options — including refunds in some cases – for those of a delicate disposition who are frightened of bare-faced fliers.

Many air travellers in the next few weeks bought their tickets before a federal judge in Florida on Monday struck down the requirement to wear a mask in airports and during flights, as Breitbart News reported.

United Airlines CEO Scott Kirby has now confirmed his airline will be flexible with people who have a weak immune system or are simply scared about mask-optional flying for any other reason.

“We are working with those customers … to find another option, give them a credit, or if they just don’t ever want to fly again, (we are) actually willing to give them a refund,” Kirby told NBC.

Although plenty of people have since applauded the move by the TSA to drop the mask mandate per the court’s decision, others are not so sure.

AP reports a United spokesman said customers except those on the lowest-priced “basic economy” fares can delay their travel plans for any reason with no extra fee. He said passengers with special circumstances should call the airline’s customer-service number.

“But like we do in all these events, we are taking a look at our policies and … asking them to get in touch with our reservations office, and we will make sure that we accommodate them in an appropriate fashion,” Isom said.

An American spokeswoman pointed to the airline’s policy, which allows refunds for refundable tickets — those usually cost more — and credit for the value of unused non-refundable tickets. However, people who bought “basic economy” tickets since April 1 are not entitled to a refund or to change their ticket.

A Delta Air Lines spokesman told AP customers who wish to cancel a trip should contact the airline. Decisions about how to handle those requests are made on a case-by-case basis, he said.

The Justice Department has already indicated it would appeal the Florida judge’s ruling striking down the mask mandate.

However, as of late Friday afternoon the administration still had not asked any court for an emergency stay of the ruling.

Legal experts said the White House appeared mostly interested in appealing the Florida ruling to prevent it from becoming a precedent that could limit the CDC’s power to impose pandemic-related measures in the future, AP concludes.

Monday’s ruling came well over a year after President Joe Biden pitched “just” 100 days of masking on the American people.