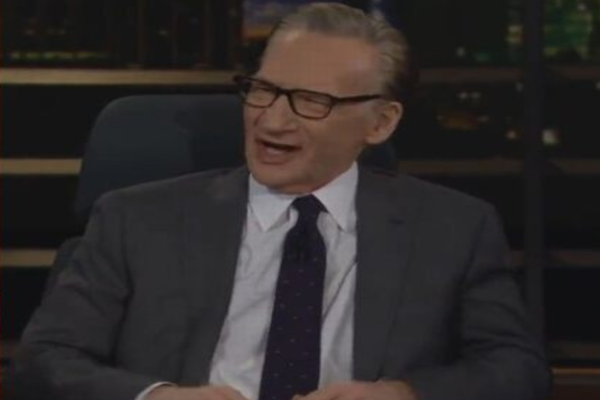 (trendingpolitics) – Justin Trudeau’s increasingly authoritarian position on Canadians who disagree with him is going so swimmingly that it is now drawing ‘Hitler’ comparisons from liberal hosts abroad.

On “Real Time” with Bill Maher on Friday, the host shared a few of Trudeau’s more insulting remarks with the audience. The response was quite illuminating.

“He started to read what he, he said, this is a couple of weeks ago. He was, or maybe this is September, but he was talking about people who are not vaccinated,” Maher remarked. “He said ‘they don’t believe in science. They’re often misogynistic, often racist.’ No, they’re not.”

“That was not smart of him at all,” former presidential candidate Marianne Williamson commented. Do you support the Trucker’s Freedom Convoy?* Yes No Email* This poll gives you free access to our premium politics newsletter. Unsubscribe at any time.

“Right. He said, ‘but they take up space,’” Maher continued. “And with that, we have to make a choice in terms of a leader as a country. Do we tolerate these people? It’s like ‘tolerate them’? Now you do sound like Hitler.”

“And recently he talked about them holding… ‘holding unacceptable views’,” Maher added.

Trudeau is in the news for making threats against Freedom Convoy protesters worthy of a tinpot dictator. Biden and Trudeau held an emergency call on Friday amid escalating economic pressure stemming from the truckers’ trade embargo.

Justin Trudeau shared the contents of the call on Friday afternoon.

“Today, @POTUS Biden and I spoke about the illegal blockades at the border – I updated him on the situation, and we discussed the American and global influence on the protests,” he said. “We agreed that, for the security of people and our economies, these blockades cannot continue.”

Trudeau on Friday insisted that such an economic blockade was illegal and that the full powers of the Canadian government would be brought to bear to end it.

“If you’ve joined the protest because you’re tired of COVID, you now need to understand you are breaking laws,” he said, adding that “the consequences are becoming more and more severe.”

“The border cannot and will not remain closed,” Trudeau continued. “Everything is on the table, because this unlawful activity has to end and it will end.”

When asked if that entailed military action, he said, “we are a long way from ever having to call in the military,” but added that “of course, we have to be ready for any eventuality.”

On Friday, the Canadian government gave an ultimate to the freedom truckers that “fines for noncompliance will be severe with a maximum penalty of $100,000 and up to a year imprisonment.”

The police handed out a flier that informed protesters of the penalties for continuing to defy the Canadian government.

The only response Canadian police have heard so far: “Honk, honk.”