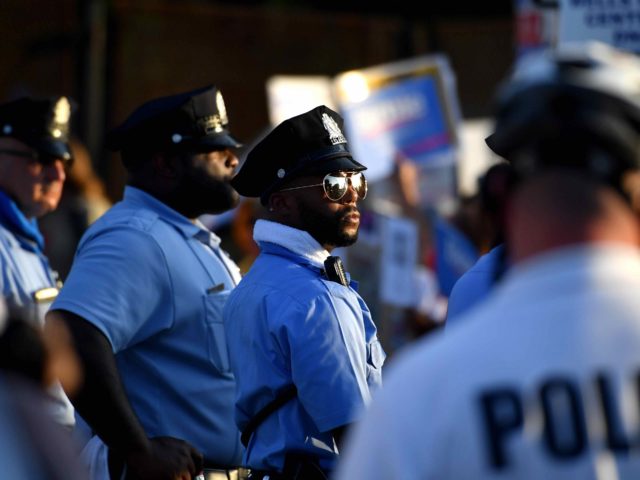 More than 100 police agencies pulled out of agreements Tuesday to provide additional protection to the Democratic National Convention (DNC) in Milwaukee, Wisconsin, next month over a local ban on the use of tear gas to disperse crowds.

More than 100 police agencies are withdrawing from agreements to send personnel to bolster security at next month’s Democratic National Convention in Milwaukee, in part because they’re concerned about a recent directive ordering police in the city to stop using tear gas to control crowds.

A citizen oversight commission last week directed Milwaukee’s police chief to publicly account for why the department used tear gas during protests in late May and early June after the killing of George Floyd in Minneapolis and to change Milwaukee’s police policies to ban the use of tear gas and pepper spray. The Milwaukee Fire and Police Commission said in its order that Police Chief Alfonso Morales could be fired if he fails to comply.

Though the Aug. 17-20 convention would mostly be “virtual,” police expect demonstrators to protest at the site.

Tear gas is one of the only non-lethal methods that police departments have to break up unlawful protests and riots.

Pepper spray, which has is more targeted, is also effective. Without it, police only have guns, Tasers, and nightsticks — all of which, if used, could cause serious injury (or death) to demonstrators, and professional consequences for police.

Police have been forced to use tear gas and pepper spray to disperse riots in associated with the Black Lives Matter movement in Democrat-run cities across the nation — notably in Portland, Oregon, where rioters have repeatedly attacked a federal courthouse.

Earlier this week, Seattle Chief of Police Carmen Best told local businesses and residents that police could no longer provide protection because the city council had banned non-lethal methods such as pepper spray.

On Tuesday, Democrats on the House Judiciary Committee grilled Attorney General William Barr over the use of pepper balls and tear gas to disperse a violent protest (falsely described as “peaceful”) at Lafayette Park.