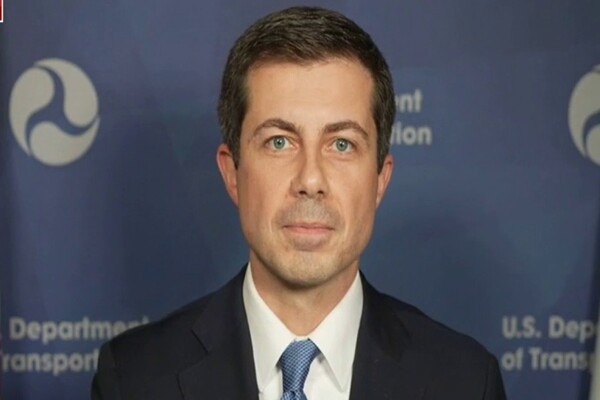 (breitbart) – Left-leaning Democrats have soured on Transportation Secretary Pete Buttigieg in response to the mass flight cancelations during the holiday season despite his promise to fix the problem back in September of this year.

In a tweet on Thursday, Rep. Ro Khanna (D-CA), one of the few Democrats who criticized Twitter’s decision to censor the Hunter Biden laptop story, publicly scolded Buttigieg for not sticking to his pledge to hold airlines accountable.

“Nearly six months ago ⁦@BernieSanders⁩ & I called for Buttigieg to implement fines & penalties on airlines for cancelling flights. Why were these recommendations not followed?” the congressman tweeted. “This mess with Southwest could have been avoided. We need bold action.”

In September, roughly a week after Buttigieg received a bipartisan letter from 38 state attorneys general across the country demanding his department do more to fix the problem, the transportation secretary said the situation would improve come Christmas, when comedian James Corden pressed him on the topic:

Pete Buttigieg said that the government created a website to hold the airlines accountable, adding that most agreed to refund customers in the event of a flight cancellation as well as provide hotels and meal vouchers.

“When they actually fail to live up to the rules, there’s serious enforcement behind that and we want to know if that’s happened to you,” he concluded.

“This is incompetence,” Turner wrote in a tweet that linked to Sirota’s reporting. “This is what placing unqualified people in positions of power to do the bidding of corporations will get you. There is a direct line from Secretary Buttigeig to the Southwest Airlines debacle and we shouldn’t pretend there isn’t.”

“Southwest’s flight delays & cancellations are beyond unacceptable. This is a company that got a $7 billion taxpayer bailout & will be handing out $428 million in dividends to their wealthy shareholders,” he wrote. “@USDOT must hold Southwest’s CEO accountable for his greed and incompetence.”

As the report from The Lever noted, few to none of Buttigieg’s promises materialized by the Christmas travel season, with Southwest Airlines being the biggest culprit, stranding thousands of Americans. In September, for instance, the anti-monopoly think tank American Economic Liberties Project (AELP) noted that the department had yet to issue a single fine against the more politically powerful airlines.

“The Department of Transportation has announced a rule on refunds that won’t take effect for at least 2-3 years, sent the airline CEOs a letter, and promised to unveil an information dashboard,” wrote the AELP. “It has yet to fine any U.S. airline a single dollar for unpaid refunds, flight cancellations, or systematic violations of consumer protection law, and has issued fewer enforcement orders in 2021 than in any single year of the Trump and Obama administrations.”