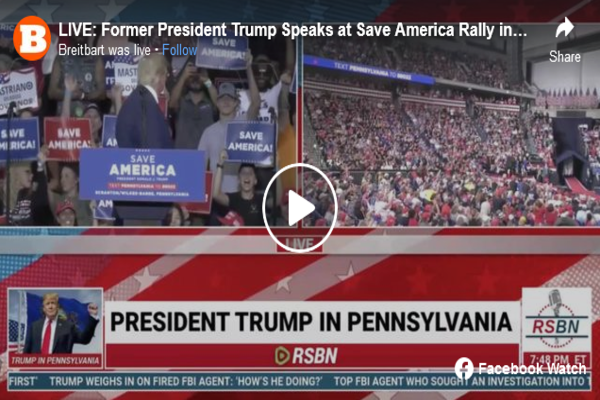 Trump will be speaking days after President Joe Biden delivered a prime-time address on Thursday in which he declared, “Donald Trump and MAGA Republicans are a threat to the very soul of this country.”

Trump responded to the address by calling Biden “insane” and saying he “threatened America” in his speech.

“Someone should explain to Joe Biden, slowly but passionately, that MAGA means, as powerfully as mere words can get, MAKE AMERICA GREAT AGAIN!” Trump explained. “If he doesn’t want to Make America Great Again, which through words, action, and thought, he doesn’t, then he certainly should not be representing the United States of America!”

President Biden on Friday attempted to walk back the divisive speech after heavy criticism, claiming, “I don’t consider any Trump supporter to be a threat to the country” despite calling “MAGA Republicans… a threat to the very soul of this country” the night before.