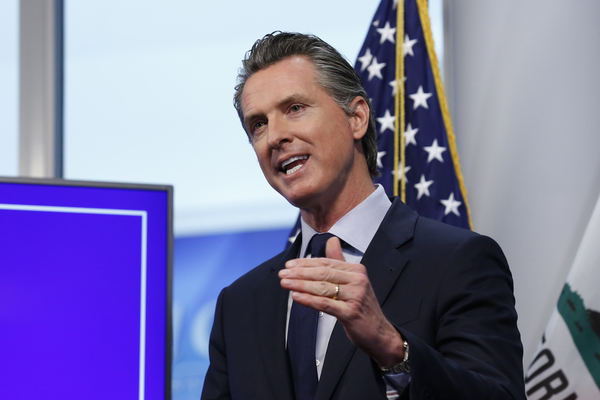 (breitbart) – Seventeen states may be required to follow California’s mandate to ban the sales of almost all gasoline-powered cars by 2035 and to require the purchase of electric vehicles — even though some states are already struggling to meet current electricity demand.

In 2020, just weeks after California suffered rolling blackouts due partly to a lack of energy from renewable sources, Gov. Gavin Newsom (D) announced that he would force drivers to move to electric vehicles and ban gas-powered car sales as of 2035.

The regulations for that policy were finalized last month by the California Air Resources Board (CARB), to which many other states have linked their own emissions policies, since California is often the most ambitious state regarding pollution and climate change.

As a result, Fox News notes, seventeen states are on the hook to follow California’s policy — though some states are already showing misgivings about the plan:

Several of the 17 states are likely to move forward with the plan, including Washington, Massachusetts, New York, Oregon and Vermont. California’s restrictions are the strictest in the country, mandating that all new vehicles run on either electricity or hydrogen by 2035.

The mandate is facing fierce pushback in states like Minnesota, where the Minnesota Auto Dealers Association argues the weather prohibits the use of solely electric vehicles.

Colorado is also among the states where the measure faces firm opposition.

Earlier this month, as Breitbart News reported, Virginia Gov. Glenn Youngkin (R) announced that he intended to reverse a law enacted by his Democratic predecessor to link his state’s emissions standards to California’s, which would require the Old Dominion State to ban gas-powered cars as well.

California is currently asking residents not to charge electric vehicles between the hours of 4:00 p.m. and 10:00 p.m. due to another energy shortage in the midst of a statewide heat wave, prompting growing public skepticism of Newsom’s electric vehicle mandate.

Consumer interest in electric vehicles has increased on its own, thanks to improving technology and higher fuel prices.