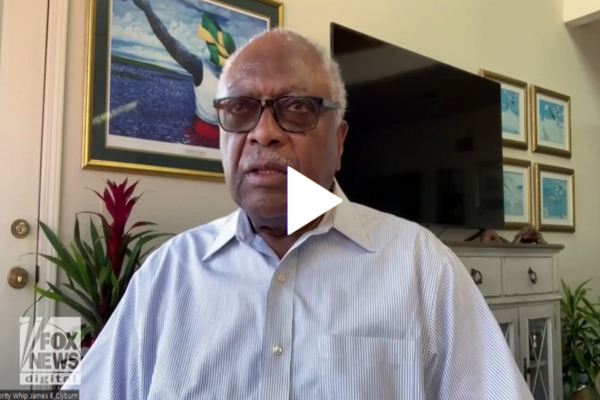 (breitbart) – In an interview with Fox News Digital that was published on Friday, House Majority Whip James Clyburn (D-SC) continued to sound the alarm bells about former President Donald Trump, who has been out of office for nearly two years.

Clyburn argued the United States was on the brink of repeating the mistakes made in Germany in the lead-up to the Nazi takeover.

The South Carolina Democrat said he was reiterating a point he had made years earlier, and he argued it continued to be accurate, citing Trump’s attacks on the media during his presidency.

“This is what happens in a country that follows what happened in Germany in the early ’30s,” he said. “I said this in 2018 and caught a lot of hell from the people for having said it. But it was true then, and it is true now. This country is on track to repeat what happened in Germany when it was the greatest democracy going. It elected a chancellor, who then co-opted the media. This past president calling the press the enemy of the people – that is a bunch of crap, and we know it. And that’s what’s going on in this country.”