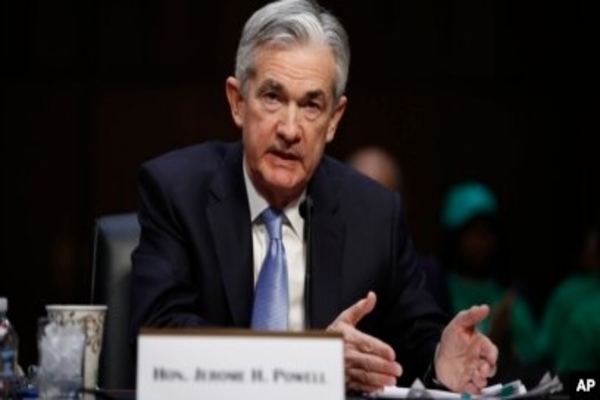 (breitbart) – Federal Reserve Chairman Jerome Powell conceded on Wednesday that the Federal Reserve’s battle to bring down inflation could trigger a recession.

“It’s certainly a possibility,” Mr. Powell said Wednesday during the first of two days of congressional hearings. “We are not trying to provoke and do not think we will need to provoke a recession, but we do think it’s absolutely essential” to tame inflation.

Inflation has been running at the highest rate in 40 years and has proven to be more widespread and more persistent than Fed officials initially thought. Past episodes in which the Fed tightened monetary policy to tame inflation have typically resulted in a recession. Hopes that the outcome could be different thins time—that the Fed might achieve a so-called “soft landing”—have been fading among experts.

In an op-ed for Bloomberg, former New York Fed chief Bill Dudley wrote that a recession is “inevitable.’

“If you’re still holding out hope that the Federal Reserve will be able to engineer a soft landing in the US economy, abandon it,” Dudley wrote. “A recession is inevitable within the next 12 to 18 months.”

Bank of America analysts say there is a 40 percent chance of a recession next year. They say that it is more likely than not that there will be a recession sometime over the next two-and-a-half years. More than 70 percent of economists responding to a recent poll conducted by the Financial Times forecast a recession next year. The Atlanta Fed’s GDP Now reading of the economy has fallen to zero percent growth for the second quarter. The New York Fed’s economic model sees the economy contracting this year and next year.

Powell told the Senate Banking Committee that achieving a soft landing would be “very challenging.”

“The events of the last few months around the world have made it more difficult for us to achieve what we want,” Powell said.

Powell and the Fed have been combatting the perception that they would prove gunshy about actually raising rates so much that they could trigger a recession. Until recently, the Fed seemed to prioritize the health of the labor market and ongoing economic expansion over price stability, even going so far as to adopt a framework that let inflation run above the target so long as average inflation over an unspecified time period remained on target. Now, however, the Fed has said controlling inflation is its top prirotiy.

By law, the Fed is supposed to purse maximum employment and price stability, a so-called dual mandate. It is also charged with maintaining moderate long-term interest rates, although that is frequently left out of descriptions of the Fed’s duties. Some critics charge that the Fed has failed on the issue of keeping long-term rates moderate by actively working to keep rates at historically ultra-low levels for so long.

Several Democratic Senators appeared to caution Powell against tightening the stance of monetary policy too much. S

“You know what’s worse than high inflation and low unemployment? It’s high inflation with a recession and millions of people out of work,” Senator Elizabeth Warren (D-MA.) said. “I hope you consider that before you drive this economy off a cliff.”

Powell also warned that the US economy faces an “uncertain” global environment and could undergo more inflation “surprises.”