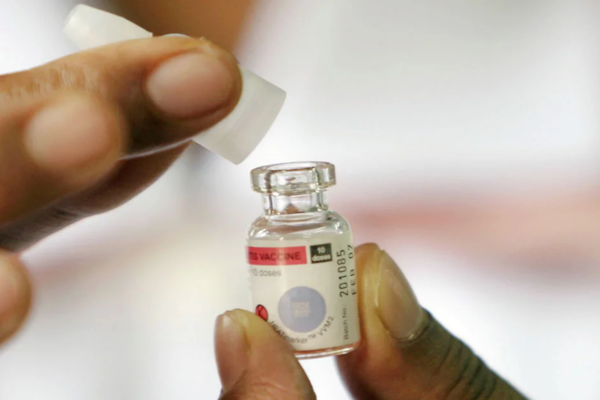 (breitbart) – New York state Health Commissioner Dr. Mary Bassett said a polio case detected in Rockland County could be the “tip of the iceberg” and that hundreds of other individuals could be infected with the virus.

“Based on earlier polio outbreaks, New Yorkers should know that for every one case of paralytic polio observed, there may be hundreds of other people infected,” Bassett warned in a Thursday statement. “Coupled with the latest wastewater findings, the Department is treating the single case of polio as just the tip of the iceberg of much greater potential spread. As we learn more, what we do know is clear: the danger of polio is present in New York today.

“We must meet this moment by ensuring that adults, including pregnant people, and young children by 2 months of age are up to date with their immunization – the safe protection against this debilitating virus that every New Yorker needs,” Bassett added.

The public health official’s remarks come after a case of polio was confirmed in Rockland County–the first case in the U.S. since 2013.

NBC News notes: “Polio was detected in the county’s wastewater before the patient’s case was confirmed, officials have said. On Thursday, officials revealed that the virus had also been detected in wastewater samples in Orange County.”

The 20-year-old patient was not vaccinated against the virus, according to officials. The individual traveled to Europe–Poland and Hungary–and was hospitalized in June, The Washington Post reported.

Polio infections typically occur via the mouth or saliva and may be spread without symptoms being shown, which are usually flu-like.

“This unprecedented circulation of polio in our community from a devastating disease that was eradicated from the United States in 1979 must be stopped. Any unvaccinated children and adults should receive a first polio immunization immediately. The Rockland County Department of Health is here to help residents receive vaccinations,” Rockland County Department of Health Commissioner Dr. Patricia Schnabel Ruppert said in a statement.