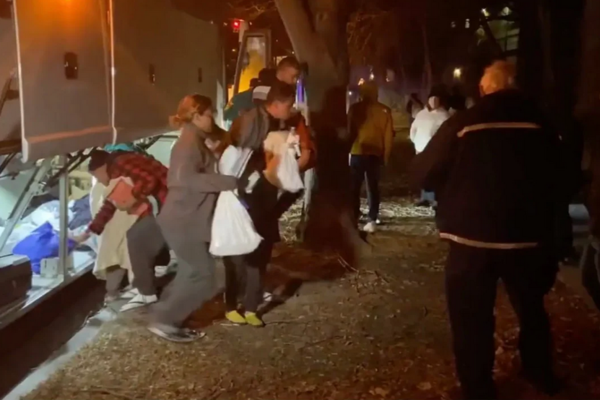 (thegatewaypundit) – Three busloads of illegal aliens were dropped off at Kamala Harris’ residence on Christmas Eve.

The illegals were bused in from Texas.

Kamala Harris didn’t want to take the illegals into her home so they were taken to a local church.

Here is the third bus of illegals being taken to a church:

More than 5 million illegal aliens have crossed the border since Joe Biden was installed in January, 2021.

According to Fox News, 233,740 illegals crossed the border in November – the highest ever recorded.