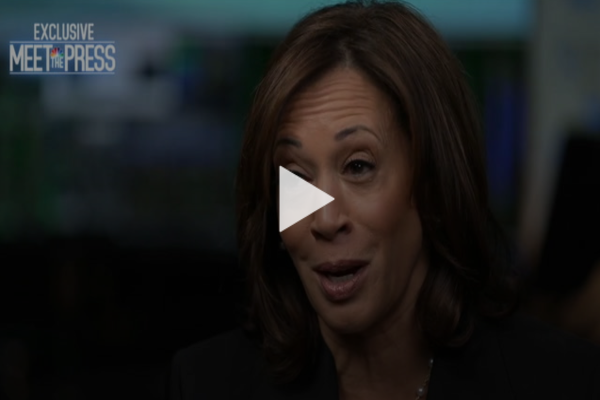 CHUCK TODD: How much should President — former President Trump’s status as a former president and a potential 2024 candidate, how much should that factor into the decision to charge him?

HARRIS: Well, I wouldn’t dare tell the Department of Justice what to do. As a former prosecutor, I will tell you, I’ve — my — I am not in the business of telling a prosecutor what to do with their case because they know best the facts and the evidence as applied to the law. And so I’m not going to tell them what to do. And certainly the president and I and our administration, unlike the previous administration, have been very, very careful to make sure that there is no question about any kind of interference in terms of the decisions that the Department of Justice makes —

HARRIS: –in that regard.

TODD: But let’s — let me, let me try to go to 60,000 feet. What do you say to the argument that it would be too divisive for the country to prosecute a former president?