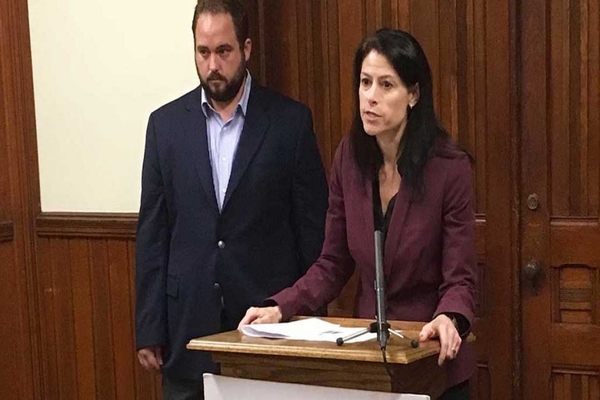 (breitbart) – Michigan Attorney General Dana Nessel said Wednesday that there should be “a drag queen for every school.”

The openly gay Democrat was speaking at an event in Lansing, Michigan, and explained her rationale this way: “Drag queens make everything better. Drag queens are fun,” she said, according to audio obtained by the Detroit News.

Per the audio, here are some of her comments: “Drag queens are entertainment. And you know what I’ll say that was totally not poll-tested, I’d say this — ‘A drag queen for every school.’”

After calling for drag queens in every school, Nessel laughably went on to complain about how “wedge issues” are used to divide voters.

“I am so tired of having prominent members of our state government create wedge issues that don’t help, that don’t heal us but divide us,” she said. “And that’s all they do.”

This is standard rhetoric from the child groomers on the left. They call for drag queens to infest elementary schools and kindergarten classes and then accuse us of fabricating “wedge issues” when we oppose their perversion and abuse.

Keep in mind that other than grooming small children into sexual playthings who can be easily preyed upon by child rapists and abusers, there is no reason to allow drag queens into any school, much less elementary schools. The whole idea behind “drag queens for every school” is to confuse small children about who they are and to sexualize them into damaged beings who can be easily manipulated and abused.

If adults want to get together and enjoy drag queens, no one cares. But exposing small children to such a thing, especially in a way that seeks to normalize it, is naked grooming, naked child abuse, and now the top law enforcement officer in Michigan wants this in every school.

Make no mistake about what’s going on here. The left is openly targeting your children. The left not only wants to have sex with your children, but they also want to emotionally abuse them into Democrats: broken, neurotic, damaged losers who identify only by their sexual identity, whose “self-esteem” comes only from their sex life.

Some of us tried to warn you that same-sex marriage would open a Pandora’s Box. Ten years ago, had I said, If you legalize gay marriage Democrats will allow drag queens into elementary schools, I would have been called an alarmist and a hysteric.

The slippery slope has no bottom, has no end.