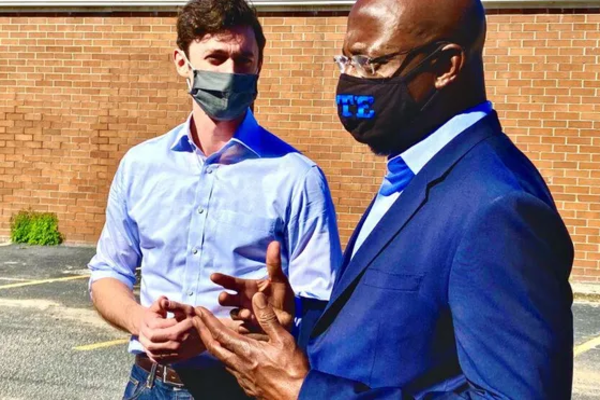 (breitbart) – Democrat Sen. Raphael Warnock’s (D-GA) church reportedly tried to evict tenants during the pandemic while he raked in a $120,000 pastoral salary and a $7,417 monthly housing allowance from the church on top of his Senate salary.

Warnock’s church, Ebenezer Baptist Church, attempted to evict eight tenants from an Atlanta apartment building the nonprofit owns for as little as $28.55 in overdue rent, according to financial documents obtained by the Washington Free Beacon. Financial statements from 2021 show Ebenezer Baptist Church is doing quite well financially, with liquid assets of more than $1.2 million.

Columbia Tower at MLK Village in downtown Atlanta, a facility that caters to the “chronically homeless” and those with “mental disabilities,” has found itself sued a dozen times during the pandemic. One of the latest lawsuits shows a tenet was asked to vacate the apartment building for $4,900 due in back rent, a sum that is nearly half of Warnock’s pastoral monthly housing allowance.

“They treat me like a piece of shit. They’re not compassionate at all,” White said, a 69-year-old black Vietnam veteran.

Meanwhile, Warnock received a large $120,000 salary and a $7,417 monthly housing allowance from the church during this time. Perhaps more ironic is Warnock’s rhetoric during the pandemic in which he warned that families could be evicted.

He also slammed his political opponents for not going along with federal housing pandemic subsidies as “clearly only concerned with serving their own interests.”

“Pandemic unemployment benefits and eviction protections will expire this month. And it’s all because @Kloeffler and Senate Republicans refuse to fight for families. Pandemic relief is at stake in the #GASen race,” he tweeted.

Warnock, who is being challenged by football star and Trump-endorsed Hershel Walker in the Georgia Senate race, has been accused of running over his ex-wife’s foot. His ex-wife told police after the incident that Warnock was a “great actor.” Warnock also allegedly “failed to reimburse” his ex-wife for childcare costs, leaving her “financially strapped,” according to a court filing.