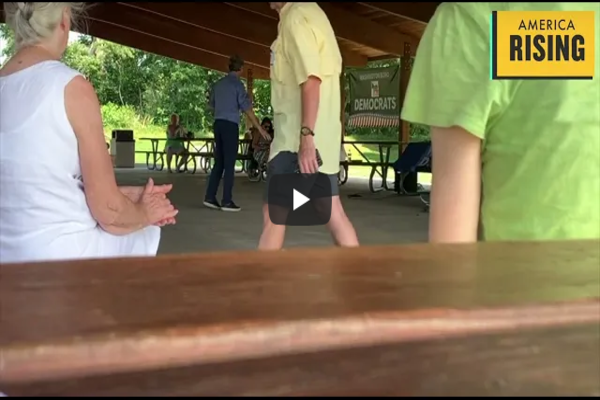 (breitbart) – Democrat Rep. Tom Malinowski (D-NJ) is maintaining his erroneous claim that parental concerns over public schooling are “crazy culture bullshit,” telling his constituents, “I am not going to stand for these MAGA Republicans trying to lower our schools down to the levels of Texas, Oklahoma, Arkansas, and Florida.”

The New Jersey Democrat went on to mislead his constituents during a meet and great in Scotch Plains, New Jersey, last month, telling themthat Florida had banned certain math textbooks “because there was one math book and they had little biographies of African American mathematicians.”

“I guess that’s CRT now,” he said. “You can’t find real CRT, so you gotta find something black in there. That’s gotta be the CRT.”

“And so it allows this crazy culture bullshit, right?” he said. “When you actually talk to people, how do we implement it, what it means, it doesn’t sound so good.”

“Even if you’re one of the prejudiced people who want to persecute LGBT people,” he continued. “In practice, this is crazy stuff, and then that gets you back to can we just teach our kids the stuff they need to be successful in life and stop persecuting our teachers and stop imposing all this culture war nonsense on them and support our schools the way that we do in the state of New Jersey?”

The Garden State Democrat went on to criticize his Republican opponent for calling out the availability of pornographic materials to children in New Jersey.

“And if you look at Tom Kean Jr., if anyone is on Twitter, he’s got his pinned tweet – the thing that he wants everyone to see first. And it is a clip of him on Fox News where he said not once, but twice, that elementary school teachers in his hometown of Westfield, New Jersey, were preparing to teach pornography to second graders,” Malinowski said.

Kean, who at the time was just one of many Republican challengers, has since become the Republican nominee and will go head-to-head with Malinowski in the November elections.

Kean criticized his state’s new curriculum standards, saying, “Having curricula that includes gender identity and sexual education and exposure to pornography on issues as young as second grade in any school district is wrong.”

Subsequently, Malinowski took to Twitter in late April to voice his concerns about the education debate and Kean’s criticisms.

However, as Breitbart News reported, two of the books of primary concern to parents depict, both literarily and more explicitly in drawings, pornography and pedophilia.

“And so you know playing defense would be, ‘Oh no that’s not really true, it’s actually gonna be sex education,’” Malinowski said. “But playing offense is, ‘When the hell are you gonna take down that lie? Why are you lying about elementary school teachers who are working hard, and now they’ve got people screaming at them because a politician went on TV and told a lie?’”

Indeed, second graders are at the very least going to be taught radical notions about gender, as one of the state’s sample lesson plans says, “You might feel like you’re a boy even if you have body parts that some people might tell you are ‘girl’ parts.”

“You might feel like you’re a girl even if you have body parts that some people might tell you are ‘boy’ parts,” it continues. “And you might not feel like you’re a boy or a girl, but you’re a little bit of both. No matter how you feel, you’re perfectly normal!”

This is not the first time Malinowski has called parents’ concerns “cultural bullshit.”

As Breitbart News exclusively reported, the embattled Democrat went on an anti-parent tirade, calling parents’ concerns “made-up cultural bullshit” stemming from a “fringe movement.” Following Breitbart News’s reporting on his tirade, the New Jersey Democrat canceled an education forum he was supposed to have with parents and students.

Malinowski represents a vulnerable district. House Republican-aligned groups, such as the National Republican Congressional Committee (NRCC), have gone after the congressman in the past and have named his seat one of the top targets in the midterm elections.

After striving to win back the House in 2020, the Republicans left the Democrats with the slimmest majority in modern history and gave themselves the upper hand in the midterms.

For Republicans, winning the majority will require a net gain of only five seats in November, and much is on the line in both the House and the Senate. Losing either could mean the Democrats and President Joe Biden will have a more challenging time passing their agenda items before the next presidential election.

Republicans are currently projected to win the majority in the House with between 12 and 35 seats. Republicans are hoping Malinowski’s could be one of them.