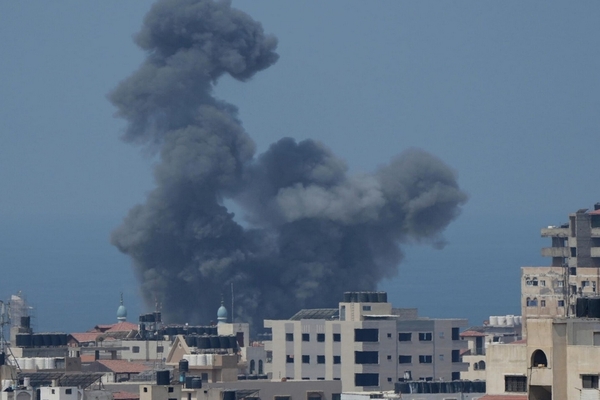 (breitbart) – After 48 hours of fighting, Israel appears to have the decisive upper hand in its fight with Iranian-backed Palestinian Islamic Jihad (PIJ), a terrorist group that had allegedly been planning imminent attacks on Israel when the war began on Friday.

Over the past two days, PIJ has fired about 600 rockets at Israel, including Tel Aviv and Jerusalem. Of those, about 220 managed to fly toward civilian population centers. And of those, roughly 97% were intercepted by the Iron Dome system.

Meanwhile, Israel’s airstrikes on PIJ targets in Gaza have reportedly been highly successful, in what Israel calls Operation Breaking Dawn. The Times of Israel reports that the Israeli military believes it has taken out the entire leadership of PIJ.

There have been no Israeli casualties, other than injuries related to panic attacks and running to bomb shelters. Meanwhile, roughly one in four PIJ rockets has misfired and landed in Gaza itself, causing Palestinian deaths, including children.

Israel responded quickly to a Palestinian accusation that it had killed several children in an airstrike in Gaza by providing evidence that they were killed by a PIJ rocket that misfired. International criticism has been muted.

Thus far, the Hamas terror group, which controls Gaza, has yet to enter the fray. Egypt is reportedly brokering ceasefire talks between Israel and PIJ. If the war ends as it stands, it will be a significant win for Israel and a major loss for PIJ and for Iran.