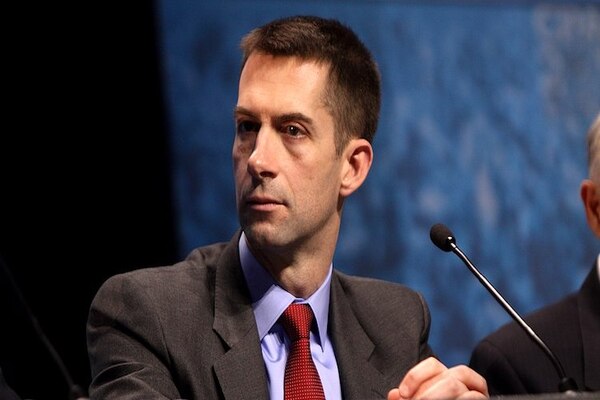 Cotton said that House Speaker Nancy Pelosi (D-CA) and Senate Majority Leader Chuck Schumer (D-NY) are holding the bill “hostage” by moving to add “all kinds of extraneous nondefense measures” such as the JCPA; the SAFE Banking Act, which would allow banks to handle marijuana-related businesses; or  Sen. Joe Manchin’s (D-WV) natural gas and oil permitting bill as a reward for his voting for the Inflation Reduction Act.

Cotton referred to the JCPA as a “payoff for liberal media companies to form a cartel to work with big tech that will hurt center-right outlets.”

The Arkansas conservative called to filibuster the bill in the Senate if Democrats insist on adding these extraneous measures to the defense authorization bill.

If Democrats insist on adding these extraneous measures to the bill, Republican senators should filibuster, and frankly, House Republicans, whose votes are necessary to pass it in the House, should not vote for it either, until the Democrats back down and pass a defense bill that is actually focused on our national security and supporting the troops.

The media industry has thrown everything it has into passing this bill, well aware that there are hundreds of millions to billions of dollars of Big Tech money that could be funneled to them if it passes. Over the past two years, the media has fully deployed its vast clout with politicians, which extends across both parties, to get this legislation over the line, and has repeatedly failed to do so.

Follow Breitbart News for more coverage of the Journalism Competition and Preservation Act.