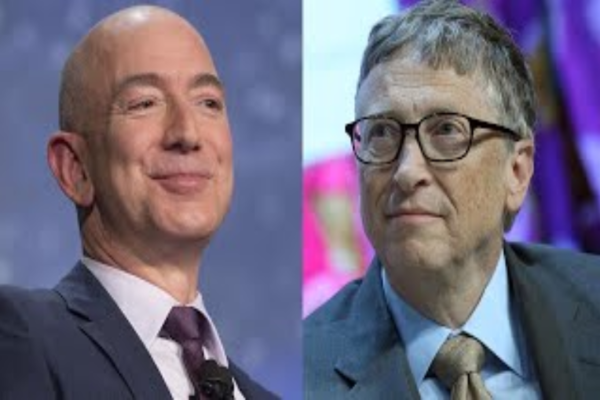 Bloomberg reports that in March of last year, Tom Oxley, an expert in brain-computer interfaces, had dinner with Jeff Bezos, the founder of Amazon, to discuss Oxley’s newly established company, Synchron Inc. During the dinner, which took place in Ojai, California, Bezos expressed interest in investing in the business.

On Thursday, Synchron announced that it had completed a funding round of $75 million, with Bezos Expeditions contributing a portion of the investment. The round was led by ARCH Venture Partners and included investment from Gates Frontier, the venture capital branch of Microsoft co-founder Bill Gates, as well as other investors. In addition, several previous investors, including Khosla Ventures and its founder, Vinod Khosla, who introduced Oxley to Gates, also participated in the funding round.

Brain-computer interfaces, also known as BCIs, have the potential to interpret and stimulate certain areas of the brain and are being explored as a possible treatment for brain injuries. According to Oxley in an interview, the new investors approached Synchron “through the lens of making an impact in neurology in an area of need.” Oxley estimates that approximately 100 million people worldwide have upper limb impairment and could potentially benefit from this technology.

This funding brings Synchron’s total funding to $145 million, making it one of the highest-funded companies in the brain-computer interface (BCI) space, according to research firm Pitchbook. While it may be behind companies such as Elon Musk’s Neuralink Corporation and Max Hodak’s Science Corp. in terms of fundraising, it is still far ahead of many other BCI companies. This is a significant achievement, especially considering the costly process of getting BCIs approved by the US Food and Drug Administration.

Synchron has already enrolled three patients in a U.S. trial, with two of them receiving the implant. Oxley expects the remaining patients to enroll and receive their implants in the coming months. Over the course of a year, doctors will observe these patients and report their findings to the US Food and Drug Administration (FDA). In the past, the FDA granted Synchron “breakthrough” status, which streamlined the approval process for the company.