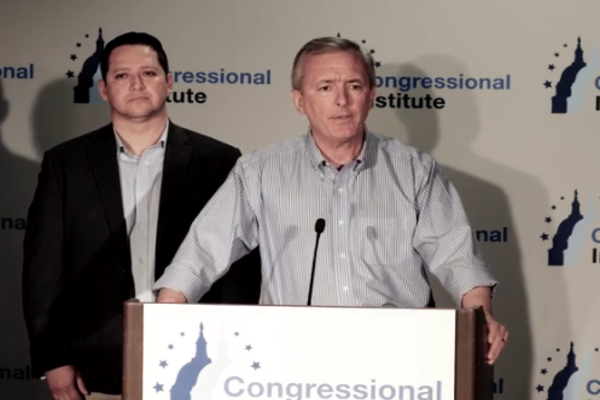 PONTE VEDRA, Florida — There will be “chaos at the border” such as we have not seen when the Remain in Mexico policy sunsets, Rep. John Katko (R-NY), leader of the GOP’s American Security Task Force, said on Thursday, citing intel indicating that as many as 1.7 million people are waiting for that moment.

Speaking at the 2022 U.S. House Republican Issues Conference, Katko explained some of the “day one” objectives for Republicans should they take the House back in November. One of the central issues that must be addressed, he said, is passing a bill “finishing what we started” on the border, using barriers and electronic technologies. Along with that, Republicans must reinstitute and codify the Remain in Mexico policy, which he said is “probably is the single most important component because it takes away the incentive for individuals to come here.”

“They come here now and whether they have asylum or not, they just come across the border, raise their hands and say ‘asylum.’ And as soon as they say that, the vast majority of them are paroled into the country,” Katko explained, noting that the Biden administration is “repeatedly fighting the Remain in Mexico policy.”

“It’s going to sunset again soon and they’re not going to reconstitute it and once that happens, I think we’re going to see a chaos at the border we haven’t seen yet. We think we’ve seen some bad things. There’s estimates as many as 1.7 million people are waiting for the Remain in Mexico policy to sunset,” he warned, “and once it sunsets, they’re all coming.”

“That’s the intel we’re getting,” he added. “So it’s going to be a real problem going forward.”