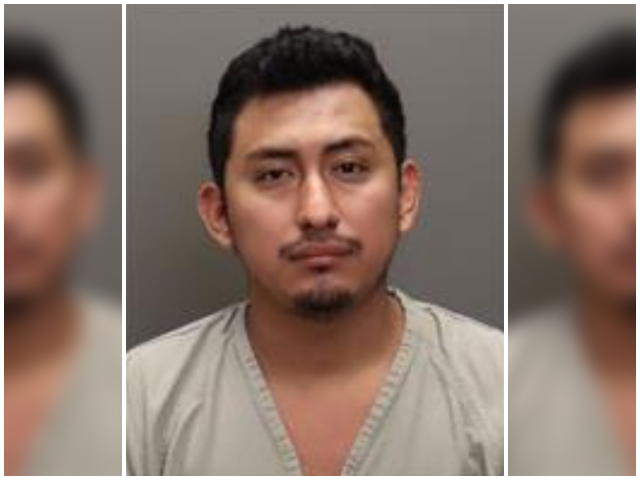 (breitbart) – An illegal alien is accused of raping a 10-year-old girl whose story was cited by President Joe Biden after she traveled from Ohio to Indiana to seek an abortion.

Gershon Fuentes, a 27-year-old illegal alien, was arraigned in court on Wednesday after he was arrested and charged. He allegedly admitted to raping the 10-year-old girl on two occasions in Columbus, Ohio.

The girl traveled to Indianapolis, Indiana, to get an abortion. A saliva sample was collected from Fuentes at the time of his arrest and detectives said DNA samples from him and from the girl’s siblings are being tested to verify the felony charges.

An Immigration and Customs Enforcement (ICE) official confirmed to Breitbart News that Fuentes is an illegal alien living in the United States. The official also said the agency has placed a detainer on Fuentes to take him into their custody if he is released from local police custody.

During Wednesday’s hearing, Assistant Franklin County Prosecutor Dan Meyer requested Fuentes be held without bond. He said Fuentes is not believed to be in the country legally and there are questions about his identity. [Emphasis added]

The rape swept international headlines after Biden repeated the story twice during speeches at the White House. Biden cited the case as evidence that girls and women would have to travel out of red states to seek abortions following the Supreme Court’s overturning of Roe v. Wade last month.

Despite Biden’s claims, Ohio Attorney General Dave Yost noted that although Ohio has hugely limited abortion across the state, its law allows for medical emergencies which include cases like the 10-year-old girl who was raped.

“She did not have to leave Ohio to find treatment,” Yost said.

Fuentes remains in the Franklin County Jail on a $2 million bail.

Editor’s Note: This story has been updated to include ICE confirmation that Fuentes is an illegal alien living in the U.S.