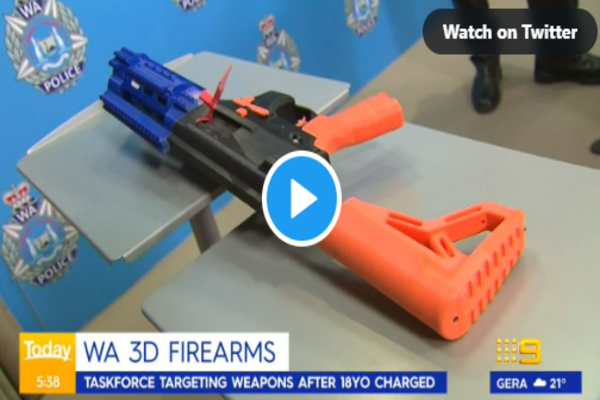 (breitbart) – Police in Western Australia arrested an 18-year-old for allegedly building a 15-round firearm out of plastic using a 3D printer.

CNN points to its Australian affiliate Nine News, which indicates the man allegedly made the firearm over the course of two days, using materials that cost $28.

They note that the gun could fire 15 rounds.

The 18-year-old the police arrested is “charged with offenses including the unlicensed manufacture of firearms and ammunition, and possession of a prohibited weapon.”

3D Natives identified the printed firearm as a “4kg gun,” which they say is “able to fire 15 lethal 9mm rounds and is considered to be fully-functional.”