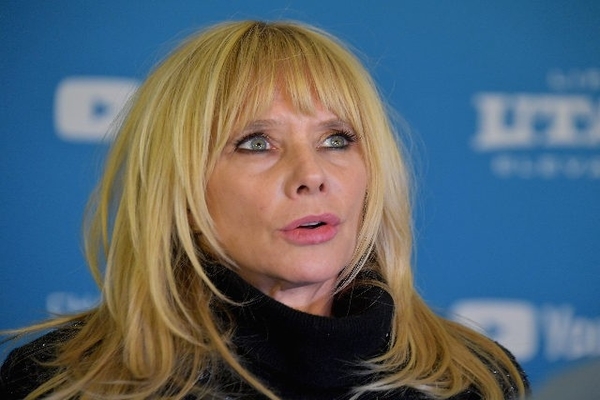 (breitbart) – Actress Rosanna Arquette believes that abortion is such an incredibly sacred right that “millions of women” are now looking to flee the country now that Roe v. Wade stands on the cusp of being potentially overturned.

“Millions of women are figuring out how to get out of this country for good,” the Pulp Fiction actress exclaimed. Arquette later deleted the tweet, but her pro-abortion activism continued.

“Let’s see and hear all the Good men out there (because there are many )stand with us now stand up to the barbaric Tyranny that is happening to American women,” she tweeted. “Stand up speak out with us and make yourselves loud now. Let’s all Get their boots off our wombs.”

Though Arquette and abortion activists greatly fear an America in which some states will outlaw the procedure, they seem to be unaware of the fact that the larger Western world is not exactly an abortion utopia. As conservative activist Elisha Krauss profiled in her Prager U video, America has some of the most relaxed abortion laws in the world, compared to Europe:

In Germany, for example, nearly all abortions are illegal after 12 weeks. And there is a three-day waiting period and mandatory counseling before a woman is allowed to have an abortion, even during the permitted first 12 weeks. That’s more restrictive than Texas.

But in Belgium, like Germany, abortions are permissible only until the 12th week. After that an abortion is permitted only if the woman’s life is in danger. Furthermore, any woman getting an abortion must wait six days after her first medical consultation before an abortion can be performed.

Denmark is similar: After 12 weeks all sorts of restrictions apply.  Pregnant women in Finland also have until the 12th week of pregnancy to get an unrestricted abortion, and during those first 12 weeks, a woman must provide a compelling reason for ending her pregnancy.

In France, too, abortion on demand is legal only up to 12 weeks, after which it becomes much more difficult. Socialist Sweden allows abortions until the 18th week of pregnancy, and bans most after the 22nd week. In that four week “gray” period, a woman can get an abortion, but only if it is approved by the National Board of Health and Welfare.

Arquette is just one of many Hollywood celebrities to sound off in favor of abortion after Politico leaked the Supreme Court decision indicating that Roe v. Wade could be potentially over.