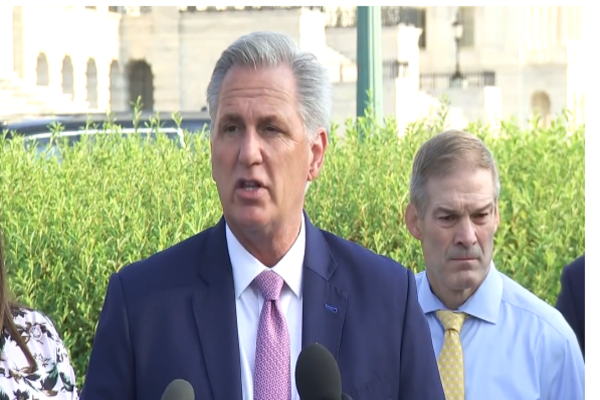 (breitbart) – House GOP Leader Kevin McCarthy (R-CA) made significant gains overnight in the ongoing speaker race, flipping 14 of the 21 Republican holdouts in the 12th round of voting.

The flips come after three days of intense negotiations with the holdouts on various House rules and other vows as they pushed to change the “status quo,” as described by many of them. McCarthy appeared to have reached a breakthrough with some holdouts as of Friday morning heading into the vote.

Clyde said as he announced his vote Friday, “Based on agreement for institutional change, McCarthy.”

All of those who flipped their votes were met with resounding applause by their GOP colleagues on the floor as they shouted out McCarthy’s name.

Most of those who flipped, except for the incoming members and Spartz, are members of the conservative anti-establishment House Freedom Caucus. Caucus chair Perry said in a statement after casting his vote that the party was at a “turning point.”

Seven Republicans continue to refuse to vote for McCarthy, some of whom have vowed never to vote for him.

Those who voted against him are as follows:

Absences during the vote included Reps. David Trone (D-MD), Ken Buck (R-CO), and Wesley Hunt (R-TX). Hunt flew back to Texas on Friday to be with his family after he announced a few days ago that he and his wife had just had a baby who was born prematurely.

Absences affect the overall total needed to win. Depending on who is absent in the coming votes, which are expected to continue today and possibly through the weekend and next week, McCarthy may only need a couple more Republicans to flip their vote to reach the requisite majority and clinch the speakership.

One of those who flipped, Donalds, was asked if he was confident McCarthy would become speaker and Donalds replied, “Yes, I am,” per ABC.