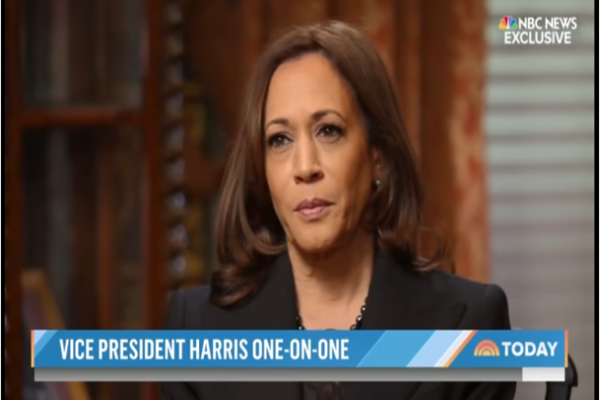 “Platforms and governments aren’t doing enough,” she wrote on social media. “It’s time to act. Our national security and democracy are at stake.”

The Department of Homeland Security announced the creation of the new Disinformation Governance Board led by Jankowicz on Wednesday.

“Congress should reauthorize the Violence Against Women Act (VAWA) and include provisions against online gender-based harassment,” Jankowicz wrote in a WIRED article highlighting the “abusive content” sent on social media to women in public life.

Jankowicz was the author of a report examining the online mockery of Harris during the 2020 election and noted the Vice President received a majority of derogatory online posts against women.

In the article, Jankowicz outlined tech companies and government should work together using “creativity and technological prowess to make a pariah of online misogyny.”

Social media companies, she argued should “make the shift toward believing women” allowing them to identify and censor content. Jankowicz also called for tech companies to stop “a tacit pile-on instruction” from influential people with a lot of online followers.

Jankowicz said online mockery of women was a threat to democracy, warning that “gender disinformation” could prevent women from running for office.

In September 2021, Jankowicz testified about “gender misinformation” being a threat to democracy in the British House of Parliament.

She cited Harris as an example:

I think of the little girls who were so happy on inauguration day, seeing our first female Vice-President inaugurated and, for those of them who are online, looking at the responses to tweets or Vice-President Harris’s Instagram posts, where people call the Biden-Harris Administration “Joe and the ho”, or worse. There is much worse, alleging that Vice-President Harris slept her way to the top.

During her testimony, she argued that “gender misinformation” was also a “national security concern.”

“It is not just a democratic concern; it is a national security concern, which should make it of interest to everybody in government,” she said. “It is not just about hurt feelings. It really affects the way our countries operate.”

Jankowicz routinely cited the volume of sexist content directed at her after she started publishing articles and books on the issue as an example of the dangers for women in public life.

“Being a woman online is an inherently dangerous act,” she argued in her testimony to Parliament. “That is the long and short of it.”